Guest opinion: the lack of a global emission testing standard is half the issue 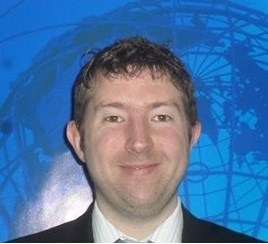 The Volkswagen diesel emissions scandal affair is unprecedented, owing to the apparent deceit involved to ‘cheat’ the emissions testing.

Chief executive Martin Winterkorn having to step down is not the right answer though (in my opinion), because the market could potentially rather gauge the result of this on his response, rather than on the fact that it happened in the first place.

I would not expect the CEO would have known directly about this device, and it is likely to implicate a small number of product managers related to specific models or engines; the media release given indeed specified that Winterkorn did not yet have all the facts.

But I’m sure it will not be long before he does, and this is how the market and public should react – to the measures set out to recover from this.

We have seen several different vehicle manufacturers with high profile recalls due to safety concerns over the last few years, and whilst this affair is slightly different, they were all somehow gauged on the response that these companies had taken for those.

This should be the case with VW as well.

Potentially the biggest damage this revelation might have, certainly in the US market, where people are buying the vehicles based on the environmental credentials, is the consumers’ trust in the VW brand and diesel models in general from all companies.

If these environmental credentials turn out to not be the case and the consumer realises he has been deceived, this might cause an issue, as those customers will then not go and buy another VW brand vehicle, and expect to be compensated somehow.

However, the focus will rather have to be on the scale: is this only a US problem?

If it is a US response, it is going to be very different versus a global response.

Undoubtedly the whole affair is going to have impacts and repercussions far beyond just VW.

We are already seeing people in South Korea, France, the UK, starting to question the emissions testing standards.

And this is half of the issue here.

There is no global standard regarding emissions testing: the fact that it can be different up to 2.5 times as many NOx pollutants that can be allowed in Europe and in UK versus the US and then further differences on CO2 emissions make it tougher for global vehicle manufacturers to comply.

That doesn’t make it acceptable, but does explain part of the problem the manufacturers are facing.

So the first question is: will we see more standards on a global level, which is going to have repercussions on all OEMs, while the second one is longer term: is diesel really the right powertrain we want to produce and want to prioritise through our vehicle manufacturers of the future?