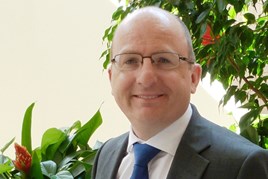 It is a point that cannot be overstated. The worst-case scenario for any car dealer is customers returning to the forecourt demanding their money back.

Since the Consumer Rights Act 2015 replaced the Sale of Goods Act in October last year, it is precisely this threat that has become a lot more tangible. Dealer beware, you might say.

To quickly recap: under the new rules, if a customer complains of a fault with a vehicle in the first 30 days, they are entitled to bring it back for a refund — which you, the dealer, are legally obliged to give.

This 'short-term right to reject' has made it increasingly important for dealers to protect themselves, as returned vehicles will naturally have a major impact on the bottom line.

So what’s been happening since the new legislation – bringing us more into line with the heavily consumer-focused rules that operate in countries like Germany – came into force?

At AA Vehicle Inspections, we speak to dealers every day of the week and what we’re seeing, three or four months in, is that a large number are now proactively getting their vehicles inspected by the AA prior to sale to the consumer.

Rather than lament their fate, they are grasping the nettle of reform and looking at the new rules not just as a way to sell more cars more quickly but also make better margins due to the higher prices a detailed and independent AA Pre-Delivery Inspection is enabling them to achieve.

And that’s aside from the brand benefits that emerge from the greater trust consumers place in them as a result of their association with independent, trusted brands. I can’t speak for others, but we’ve certainly had a lot more sign-ups and interest from dealers since the new rules came into force.

Of course, an independent check also removes the uncertainty that dealers face and provides them with genuine protection in the event of a customer turning up and asking for their money back within that all-important 30-day period.

With an independent seal of approval behind them, they are in a strong position to argue that any fault was not present at the time of delivery and that the car was fit for purpose.

In the words of Gavin Leach of the Berkshire Fiesta Centre: “No dealer wants to be faced with an unhappy customer asking for their money back, but an independent Inspection offers the dealer vital protection if ever this should happen.”

In summary then, while the vast majority of dealers were doing their very best for consumers before the new legislation commenced, the Consumer Rights Act has ultimately served to focus their minds even more.

It’s fair to say that the quality of the Pre-Delivery Process second-hand car dealers are offering these days, especially since the new rules started, has made the sector almost unrecognisable from what it was just a decade ago.