'Industry to remain in good health, whatever the EU referendum result' 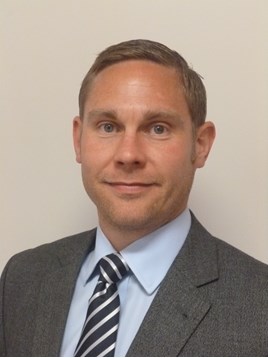 Major employers including well-known British brands – Jaguar Land Rover may be held in Indian ownership but employs around 25,000 people domestically across a broad skill-base.

Equally, foreign manufacturers such as BMW/Mini, Honda and Nissan have major production and assembly operations in the UK, whilst niche brands, motorsport, R&D and supply-chain manufacturers account for thousands more jobs.

The UK is the fourth largest manufacturer of vehicles across the EU, and over half of all vehicles produced here are exported into the Eurozone.

Certain car manufacturers with operations in the UK have expressed caution to their workforces when considering the vote, with a leaning towards remaining in Europe.

Indeed, a key consideration for Japanese manufacturers originally setting up UK operations was to gain a presence within the trade bloc.

Will they relocate within the European Economic Area if we Brexit?

Possibly. But clearly the UK has other attributes and Nissan’s Sunderland plant is now widely recognised as one of, if not the most efficient in Europe. And operations are expanding.

From a pure real estate perspective, pricing on development land and existing showrooms has risen over recent months.

Car dealers continue to pursue new developments across the country, whilst manufacturers and supply-chain producers have recently taken up several ‘big sheds’ in areas such as Coventry, Telford and Glamorgan, with further acquisitions planned.

Meanwhile, merger and acquisition transactions amongst dealer groups have continued unabated – we have witnessed more activity over the last 12 months than at any time over the past decade.

Our dealer clients are generally of the view that we will remain in Europe, but that footfall into showrooms is unlikely to be affected either way.

This view is unsurprising in light of the sustained growth in car registrations: 2015 achieved an all-time record for car sales in Britain, and 2016 looks set to be better still (based on Q1 figures).

Given the UK’s strong production base, aligned with a franchised retail market which is far advanced of most European countries, we expect the industry to remain in good health regardless of what happens on Thursday.