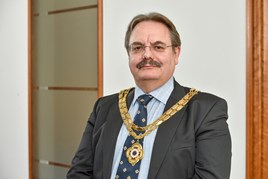 In what has been billed as the biggest change in a generation, the process of the 2017 business rates revaluation is well under way.

Robert Brown (pictured), partner at national property consultant Sanderson Weatherall and immediate past president of The Rating Surveyors’ Association, considers what those in the motor trade need to know – and how they are likely to be impacted.

What are business rates?

Business rates are a tax payable on non-domestic property, set by the Government and collected by the relevant local council. Similar to council tax for domestic properties, the revenue obtained serves as a contribution towards local services.

In England and Wales, business rates are calculated according to a property’s ‘rateable value’, which represents the market annual rental value at the time of the last valuation date (currently April 1, 2008).

This figure is then multiplied by the annual business rates multiplier, which is set by the Government, to give the total amount payable before any deductions.

New draft rateable values will be published online by the VOA (Valuation Office Agency) on September 30. These will be implemented on April 1 as part of the 2017 business rates revaluation.

How will it impact the motor trade?

Most businesses are likely to experience a change in their business rates as a result of the revaluation.

This is because the valuation date is set two years before the last revaluation and since there has not been a revaluation since April 1 2010, local authorities in England and Wales are still basing their business rates bills on 2008 figures.

This will change next year, as all non-domestic properties in England and Wales will be re-assessed based on a valuation date of April 1 2015.

The dominance of franchise operators in the retail motor trade means there are very few rented properties - the vast majority are owner occupied.

This makes it very difficult for the Valuation Office Agency to benchmark rateable values, and they have no option but to base rateable values upon a small body of evidence.

A lot of my work as a rating surveyor will revolve around the negotiation of discounts, and when the body of evidence is not as robust as it can be – as in this case – it inevitably means the rateable values are open to investigation.

There has also been some movement in the user car sector too, where we have seen an increase in activity over the last two years – but remember the new rateable values are based on market annual rental value at April 1, 2015, at the beginning of the recent uplift.

Again the evidence must be treated with care and there may some opportunity for negotiation, not least because of ‘headline rents’ which can distort the evidence and push up rateable values.

It is important that your professionally qualified rating advisor carefully checks the basis on which rateable values were set, because there have been cases of inexperienced tenants in the motor trade paying unsustainable headline rents.

Although the draft rateable values have now been published, dealerships will not be able to calculate their new business rates until the Government announces the multiplier in January plus details of the scheme of transitional relief. New rates bills will be issued on March 1, 2017 and the revaluation comes into effect from April 1.

The important thing here is to seek advice from a qualified rating advisor as soon as possible to make sure you are not paying over the odds.

The advisor can consider your draft rateable values and determine whether you are entitled to a reduction in your business rates.