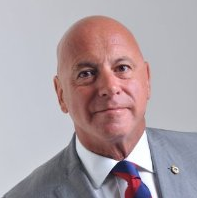 Electrical transport in some form does seem to be the future of the automotive industry.

According to International Energy Data in 2009 there were fewer than 6,000 electric cars on the road across 40 countries.

The battery currently accounts for a third of the cost of electric vehicles and battery prices fell by 35% in 2015 and by 22% in 2016.

This trend is likely to gather pace and is currently on a trajectory that will result in unsubsidised electric vehicles becoming as affordable as their fossil fuels counterparts within the next five years.

Could this lead to the mass market lift off that electric vehicles have been waiting for?

Should we be more aware of their impact on the asset value of car dealerships and the automotive industry?

Despite their advantages, research has shown that many car dealerships will discourage consumers from purchasing an electric vehicle or instead recommend a traditional, fossil fuel powered model.

There appears to be a common belief among salespeople that electric vehicles won’t generate as much money for car dealerships.

Dealers who were interviewed by researchers voiced their concerns regarding the effect electric vehicles could have on both their short and long term profit margins, at the point of sale but also in long run service and maintenance costs.

However, they appear to be misinformed as by examining 2013 Power Information Network data, the researchers concluded that in seven out of 10 models over the study period gross profits were actually higher than the equivalent averages for conventional vehicles by size category.

Could it in fact it could be the dealerships’ lack of knowledge regarding electric vehicles that led them to discourage potential consumers?

A consumer reports survey revealed that many salespeople had limited knowledge regarding electric vehicles.

Of those questioned many didn’t seem to have a good understanding of the tax breaks, incentives, battery life and warranties or charging needs and costs of electric vehicles.

The Volkswagen emissions scandal is a driving force behind legislation encouraging EVs.

Indeed, in the wake of the scandal the VW Group has already announced it intends to launch its own range of EVs.

Oslo in Norway has just been added to the list of cities banning diesel engines.

In recent times there have been many new entrants to the electric vehicle industry with companies in India and Singapore now producing prototypes, not to mention the household name of Tesla.

It might be a safe bet that we’ll soon see Apple or Google prototypes.

Consider appointing single-purpose salespeople who specialize in nothing but plug-ins (although not every dealer will have enough plug-in buyers to justify that).

Until selling a plug-in electric car is as quick and easy as selling any other vehicle that nets the dealer the same profit, many dealers will avoid them, for very logical and understandable reasons.

That means that the appropriate question should be directed to makers of electric cars: What are you doing to make selling electric cars as profitable and painless for your dealers as selling petrol or diesel vehicles?

The Institute of the Motor Industry recently highlighted the threat to aftersales profits – "a shift away from vehicles powered by diesel and petrol engines spells trouble for thousands of garages".

Add in the investment in new tools, diagnostic equipment, dealership charging points and training of personnel for the health & safety risks posed by electric vehicles

Another comment from the IMI: “The stakes of tampering with an electric car without sufficient training are high, an electric car battery can produce 300-400 volts of electric current – that is worse than being plugged into an electric chair.’’

You need to consider the future now or it will be too late.

Look to the future

Taking all of these factors into account, it might be wise for dealerships to invest in electric vehicles in order to maximise their asset value for the future.

There are potential opportunities for partnerships with entertainment or lifestyle companies and brands, but they should also look to invest in data management and customer care technologies that will make the buying process faster, less pressured and generally more enjoyable for customers.