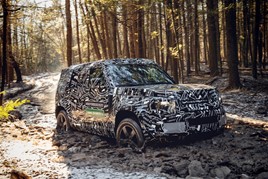 Jaguar Land Rover's (JLR) global sales fortunes may seem to be closely tied to the revolt against diesel engines, the uncertainty of Brexit and Chinese trade challenges but does its model strategy require a re-think?

AM industry analyst and regular Market Insight-section contributor, David Francis, takes a look at the Land Rover range line-up ahead of the arrival of the replacement of its most iconic vehicle - the Defender.

Until very recently, there were only three certainties in life: death, taxes and the success of a new Land Rover model.

Incredibly, Land Rover never had a sales flop in over 65 years. Even reliability horrors like the 1990s second-generation Range Rover sold in decent numbers – although there may have been a few cases of buyers’ remorse along the hard shoulders of our motorways. 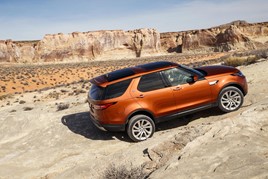 That could be put down to its unpopular styling (does anyone like the rear end of that car?), but the problems go deeper.

The fundamental issue is that Land Rover decided to ignore the standard rules of market segmentation and come up with its own view of how the market works.

Normally, a manufacturer looks at the market in terms of horizontal segments - A at the bottom, B above it, C above that, and so on.

Land Rover came up with the concept of looking at the market vertically, with three “pillars” – luxury (Range Rover), leisure/versatility (Discovery) and Dual Purpose (Defender).

The new Defender family will occupy a third pillar, with the five-door model alongside the Discovery (there are likely to be three-door models and pick-up versions as well). And that is the heart of the problem. The point of the Discovery in its first four iterations was to be practical, boxy and acceptable value-for-money.

With the Defender approaching, its scope to be practical has been constrained, so the Discovery 5 is sort-of stylish and sort-of practical, but not very convincing in either role.

That is not to say that there should not be a new Defender. The Defender needs to be replaced for two reasons. Firstly, it is a world-famous model with decades of heritage, and that is a priceless asset in the modern car industry. Secondly, the Defender anchors Land-Rover’s off-road credibility when many of its models never go further off-road than a car park.

The problem is where to position it - and Land Rover has been grappling with that problem for 20 years. Ironically the 2004 Discovery 3 was originally meant to spin off a Defender, but that plan was abandoned.

If we go back to first principles, the Discovery was originally created because the Range Rover moved upmarket, providing space for something a bit more utilitarian below it.

As the Discovery 4 became more luxurious, there was a natural space for a more utilitarian model below it.

The problem is that JLR does not want to slot the Defender in below the Discovery – it wants to put it alongside in the £40K-plus price range.

It rather looks like JLR is trying to squeeze three cars into a two-car gap. Land Rovers and Range Rovers have worked best in recent years when there are two alternatives per segment - one practical/formal and one dynamic - e.g. Freelander/Evoque or Range Rover/Range Rover Sport.

The Discovery/Velar made sense when there was a boxy Discovery 4. Now we have a Discovery 5 which has to fit in to the gap between Velar and Defender.

There is nothing wrong with looking at the market in a new way – indeed the car industry is usually criticised for being over-conservative.

However, a new approach only works if it is better than the old one. One can’t help thinking that it was hard to justify all the planned models within conventional segmentation, so JLR invented a segmentation that gave them the answer they wanted.

Has the advertising watchdog declared RIP for the new car RRP? - a guest opinion

Has the advertising watchdog declared RIP for the new car RRP? - a guest opinion 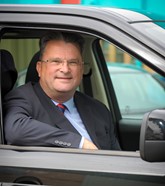