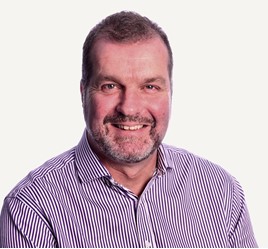 Auctions halls around the UK were heaving in 2018 as many dealers turned to the used sector to bolster profits. The result was the unusual phenomenon of high used volumes and record prices.

The current dynamics of the market asks the question ‘are we seeing a new normal in the UK used market?’ with sustained levels of higher demand than before.

Car supermarkets now represent a large proportion of the total used market place and are certainly putting pressure on the smaller independent dealers who struggle to compete with the supermarket buyers when they are in the same auction arena.

An independent buyer would typically expect to be able to buy at somewhere between cap below and cap clean, depending on the condition of the car, and would want to include a reasonable margin onto the price that they pay.

However, supermarkets are prepared to work with lower margins, so when an independent is up against a supermarket buyer, they often face the prospect of either losing the car or having to pay more than they would have liked for the same vehicle, which has an impact on margins.

The used car sector has grown and continued to expand rapidly, and it isn't only the independent supermarkets that are using this model. We are also seeing that a lot of the larger franchise dealer groups are looking at increasing used volume.

The larger used car operators have teams of professional buyers who are tasked with buying cars to satisfy the profile of their particular businesses. The buyers are often split between auction and office based.

For example, a typical supermarket will have a team of field-based buyers regularly attending auctions and another office based team who buy online.

In addition to these teams, there is often a senior buyer who negotiates bulk deals direct with other vendors like rental companies and manufacturers.

It's not unusual to see as many as 12 professional buyers at any one auction, and the competition between them can be quite fierce at times.

Buying and selling at volume can sustain lower retail margins, and in-turn enables higher prices to be paid in the wholesale market.

Most of the supermarkets operate in a very controlled environment and rely on strong marketing programmes to get people through the door.

Once a buyer is through the door they experience a very efficient sale process, and the success rate is usually quite high, with strong performance expected to be consistent month on month.

A typical supermarket site would expect to sell around 350 units per month. One company recently announced on social media that it sold over 200 cars in one day at the weekend. Our conservative estimates across the six biggest players are in the region of 250,000 vehicles a year.

As we have noted, 2018 was a particularly strong year for used car values, and some sectors saw trade values increase.

The average value movement over the 12-months, across all vehicle sectors at the one-year point, was a 1% increase.

The figure is derived by comparing all generations of cars that existed at the one-year old age point at both the start and end of the year, so excluding any newer models entering the market that may skew the figures.

As cars traditionally depreciate as they age within their lifecycle, this 1% average increase was a hugely unusual phenomenon.

The biggest increase was seen in the MPV sector where values increased by an impressive average of 5%.

Lower medium cars saw a rise of 3%, superminis +2.5% and city cars +1.5%. Interestingly, SUV -1% and upper medium, D-sector, -1% of cars were slightly down year-on-year, on average. Still a relatively strong performance, however, compared to previous years.

A number of electric cars increased in value over the course of the year, in particular, the Nissan e-NV200, Renault Zoe, Citroen C-Zero and Peugeot iOn all went up by around an incredible one-quarter of their value.

According to the SMMT, a total of 7.9 million used car sales were completed in 2018 as the sector experienced a 2.1% decline in volumes.

The strength of the used car market looks set to remain strong. The car supermarket model continues to expand as new players enter the market and existing brands grow their footprints.

Perhaps the new normal is here to stay. 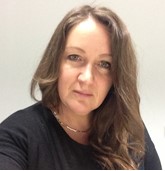 Car manufacturers focus on the shift to servitisation, guest opinion

Car manufacturers focus on the shift to servitisation, guest opinion