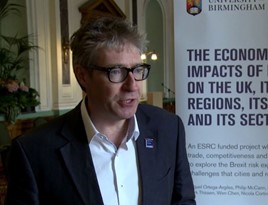 German prosecutors have charged the Volkswagen Group’s ex-chief executive Martin Winterkorn over his role in the dieselgate scandal.

Prosecutors allege that Winterkorn knew of the emissions cheating from at least May 2014 - and didn’t inform regulators, investors or consumers - much earlier than previously thought.

VW had earlier admitted that Winterkorn received a memo detailing the cheating in May 2014, but said he may not have read it.

Winterkorn had already been indicted in the US but this is the first time in Germany.

It suggests that the cheating may have been known about at the highest levels and was not an isolated issue as VW had previously claimed.

Prosecutors say that Winterkorn approved the expenditure of €23m (£20m) on a ‘useless’ software update which was designed to continue obscuring the real reason for the increased levels of pollutants from its cars in real-world conditions.

If convicted, Winterkorn faces up to 10 years in prison, as well as substantial fines and the return of nearly €11 million ($12 million) in salary and bonuses.

The installation of ‘defeat device’ software in VW cars to cheat emissions tests became one of the biggest corporate scandals ever, affecting millions of cars, and has already cost VW over $30bn so far.

That figure doesn’t necessarily include discounting and incentives by VW to maintain sales, so the real cost for the firm could be much higher.

While this is a prosecution against Winterkorn and not VW, a conviction could make it more difficult for VW to defend itself on multiple fronts.

For example, the US Securities and Exchange Commission last month announced it was suing Volkswagen and its former chief executive, accusing them of defrauding investors by making ‘deceptive’ claims about the environmental impact of its cars.

Recently EU competition authorities accused BMW, Daimler and VW of colluding to limit the use of emissions tech.

Meanwhile in Germany, VW investors are currently suing the company for as much as €9 billion in damages suffered when the company’s share price fell after the scandal.

And there’s a ‘class action’ underway by aggrieved consumer in the UK and also Germany.

Diesel sales have tanked across Europe since the scandal - down from over 50% of European sales to around a third of sales. Diesels sales were down another 30% in the UK last year alone.

There’s not sign of a let up in the fuel's decline.

Ironically VW’s own brand diesel sales in Germany are holding up on the back of a German government scrappage scheme – the German government realises the firm has to make money from current sales to fund investment in new electric cars.

I expect diesel sales in the UK to continue declining given bad publicity, the introduction of more clean air zones in cities, a confused national government stance and the inability of car makers to get over a clear message as to which diesels are clean.

Back to VW. It released detailed 2018 results last month: while group operating profit rose 0.7 percent to 13.92 billion euros, this was below the 14.53 billion euros forecast by analysts.

Margins at its VW brand slipped to 3.8% in 2018 from 4.2% in 2017, and Audi profitability also fell, on the back of investments to retool factories, as well as adverse currency moves and a sales slowdown triggered by new emissions certification tests.

The firm is looking to cut jobs as it speeds up the roll-out of less labour-intensive electric vehicles (EVs) and will review its sprawling portfolio of brands as it tries to reverse a slide in profit margins.

Its new compact electric car, known as the ID, is set to be rolled out in 2020. The ID is essentially a platform or ‘skateboard’ on which lots of new bodies will be placed.

In a sign of rising R&D costs affecting the industry, VW will share new EV technology with Ford, which has been badly lagging behind in EV development.

Author (pictured): David Bailey, Professor of Industrial Strategy at Aston Business School, will be a speaker at the May 21 Automotive Retail Congress, hosted by AM at the Ricoh Arena, Coventry. 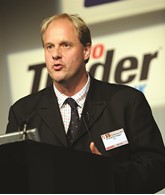 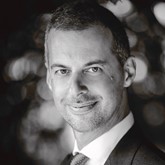