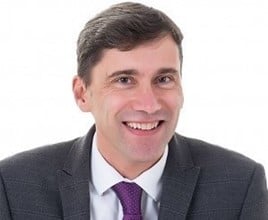 There is widespread agreement that climate change is a major threat to our futures and the motor industry is taking an innovative lead by developing alternatives to the traditional carbon producing internal combustion engine (ICE).

The Society of Motor Manufacturers and Traders (SMMT) report that the sales of BEVS (pure battery powered Electric Vehicles) have risen by 158% in the year to July 2019 and by the end of the year at least 25 different electric cars will be on sale.

This is not restricted to small city cars. Mercedes, Jaguar, Audi and Porsche have all developed exciting new models.

A vision for the future is that we will all be driving electric vehicles (EVs) which we plug in outside our homes each night, powered by renewable sources such as solar panels and solar battery systems.

By the end of March 2019 there were 31.7 million licensed cars in Great Britain.

Compared to this, the number of Ultra Low Emission Vehicles (ULEVs) newly registered in Q1 2019 was just 15,853.

Alarmingly, average CO2 emissions per car has been on the rise since mid-2016 after 13 years of decline, as customers have switched from diesel towards less carbon efficient petrol models.

The problem for the sector is that customers behave rationally.

Quite aside from concerns about range, electric cars are relatively more expensive to buy than ICE equivalents and the typical cost for a home charge point and installation is approximately £1,000.

The industry and consumers rightly expect support from government to encourage us to buy more ULEVs to reduce the carbon footprint of our daily commute.

For example, grants of up to £800 can be obtained to help install a charge point and of up to £3500 towards the cost of the car itself.

Regrettably, the value of those grants has declined and plug-in hybrids have not received any financial support since 2018.

One area where the government could make a significant contribution to more environmentally friendly cars is through VAT, particularly when the UK is able to set its own rates post-Brexit.

In the real world it is highly unlikely that the Treasury will agree to such a reduction given the competing claims of so many sectors for VAT reductions.

More worrying is movement in the opposite direction.

HMRC recently announced an increase in the rate of VAT from 5% to 20% for most installations of energy-saving materials such as solar panels and solar collectors in homes.

The dream of widespread use of ULEVs powered by renewable energy takes a further step back.

HMRC have excused this change on the grounds that it is a requirement of EU law, but the change is due to be instigated on October 1st just one month before the country planned date of leaving the EU.

There is no indication of any plans to reverse the increase after Brexit.

What does this tell us about the government’s future commitment to low emission vehicles?

There is a tension between the need for tax receipts and the desire to improve vehicle fuel standards.

The Treasury receives 57.95 pence-per-litre duty each time we fill our cars with petrol or diesel. VAT at 20% adds more than 20p per litre.

There is a strong fiscal reason for the government to prefer that we continue to drive ICE vehicles.

Compare those revenue rates to the 5% VAT we pay on our domestic electric bills.

It is almost inconceivable that the 5% rate will survive as more of us switch from conventional cars to plug-ins which we can charge at home.

If politicians are serious about reducing carbon emissions from our vehicles, they need to set out a clear long-term plan with commitments on taxation at its heart. 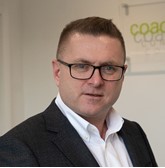 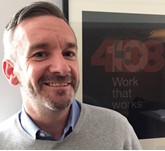