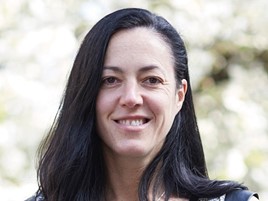 With the UK government considering whether to bring forward a ban on the sale of petrol, diesel and hybrid cars to 2032, Ana Ramirez Aguirrezabala, international head of auto at market research company Simpson Carpenter and former research manager at Jaguar Land Rover (JLR), argues that the UK’s political leaders need to do much more to persuade nervous and reluctant consumers to give electric vehicles (EV) a try.

Emboldened by his thumping election victory, UK Prime Minister Boris Johnson has embarked on a radical political agenda that is likely to cause disruption across large swathes of the public and private sector.

Automotive is one industry that is firmly in the crosshairs, with Johnson’s government exploring the possibility of banning sales of new petrol, diesel or hybrid cars by 2032 – just 12 years from now.

While this ambitious new target may now slip down the government’s agenda following the disastrous Covid-19 outbreak, the overriding problem with this deadline is that EVs, the alternative to petrol and diesel, are yet to achieve widespread consumer buy-in.

Our research suggests the UK government will need to be a lot more proactive if it wants to procure a Damascene conversion among consumers.

Below are five ways in which targeted government intervention might help the automotive industry meet the aggressive new deadline.

In 2019, the Transport Research Laboratory conducted a study which found that only one in four UK consumers would consider buying a fully electric car in the next five years.

A key reason for this is cost, with Vantage Leasing estimating that buying an EV is 18% more expensive than an ICE (Internal Combustion Engine) vehicle.

True, there are cost savings down the line which may make the total cost of ownership for an EV cheaper. But there can also be some nasty surprises – such as the fact that insuring an EV is often more expensive than an ICE car.

The government hasn’t really helped the situation by cutting the subsidies and grants it provides to encourage the switch to EVs.

With its new timeframe, it may need to reverse that decision to attract new EV owners.

It could console itself with the fact that incentives wouldn't just be about saving the planet – but also giving post-Brexit Britain a leading role in e-mobility.

Germany recently increased its EV incentives in the hope that this would give its own automotive industry pole position in the EV revolution.

Probably the biggest single issue dissuading UK consumers from switching to EV is the lack of charging points around the country.

While EVs might make sense for people who have a charging point at home and mainly do local journeys, the poor national infrastructure is clearly an issue for drivers setting off on long trips (such as holidays) or businesses running fleets that cover a lot of miles.

The pressure on the charging network is exacerbated by the fact that it takes a long time to charge and that points are frequently out of service. This inevitably means queues.

The Department for Transport (DfT) has allocated money for councils to build more charging points, but there is more to be done in terms of incentivising the building of a network and making sure operators maintain it.

Once again, the UK comes out poorly compared to Germany, which has set aside £3 billion for building charging points between now and 2035.

Another factor that EV novices are often unaware of is that the UK’s charging network is owned and operated by dozens of different companies.

Unlike petrol and diesel, where drivers just fill up at the pump and pay with their credit/debit card, EV charging providers often require users to download apps, carry membership cards or pay monthly fees - a logistical nightmare.

Part of the answer will lie with industry consolidation – so EDF’s acquisition of Pod Point is an interesting development.

But there is also scope for the government to bring some financial coherence to the market.

Conservative MP Bill Wiggin tabled a Private Members’ Bill to address the issue; but this seems to have been kicked into the long grass.

Compare the UK with the Netherlands, where EV drivers can charge their cars using a unified card payment system.

One important reason why consumers consider switching to EVs is because they want to help the environment - in the same way they have started soul-searching about single use plastics or fast fashion.

But there’s actually a potent counter-message in the media that positions EVs as bad for the environment – or at the very least no better than ICE vehicles.

This counter-message focuses on areas such as the environmental cost of producing the electricity for EVs, and the issue of battery disposal.

The problem is this - if the green dividend is perceived as virtually worthless by consumers, then the incentive to buy an EV goes away.

So, the government needs to help the auto industry tell a compelling pro-environment story if it is to stand any chance of achieving its ban.

As with any new technology, there is a reluctance among consumers to dive into the world of EVs.

Over and above issues around charging, costs and payments, there are a myriad of other unknowns that make them nervous.

What happens to driving range when the weather is cold? What cables/adaptors do I need to carry with me? What are EVs like to drive – slow? Uncomfortable?

The antidote to this EV anxiety is an online destination where consumers can find out everything they need to know – including details on perks such as free parking.

The government could go further and encourage the rollout of EV test-driving centres like this one in Milton Keynes.

Giving consumers the opportunity to get behind the wheel of EVs may help banish fears that are based on outdated perceptions and rumours rather than reality.