It’s been a busy couple weeks for those following the development of autonomous cars – or at least the capabilities and regulations that may enable autonomy.

Last week, Elon Musk tweeted that Tesla hopes to roll out “version 9 of its Full Self-Driving software” in the EU “hopefully this summer” and that the functionality will “blow your mind”.

This is a pure vision-based system, without the need for radar or the even more expensive LIDAR that established manufacturers and other pioneers like Waymo see as essential to reliable autonomous driving capabilities.

Screenshots of the car's displays suggest that the driver will be so fascinated watching what the car can see and intends to do, that they won’t have time to watch a movie or catch up on emails as some (uninformed) observers suggest will be possible.

It’s also unclear whether the pure vision-based system will overcome the problems apparent on the Tesla I ran until last year, that rain, snow and road dirt can all blind the cameras very easily.

The same day as Elon Musk was talking about his bold vision, an arguably equally significant announcement came from the UK Government who approved Automated Lane Keeping Systems (ALKS) – basically active cruise control combined with automated emergency braking and lane keeping – for use up to 37mph (60kph) in a self-driving mode.

This means that drivers would not legally be required to monitor the road or keep their hands on the wheel when the vehicle was driving itself, but the driver would still be required to intervene “within 10 seconds” in the event that the system tripped out, failing which the car would automatically switch on the hazard lights, slow and then stop.

As far as I am aware, this is the first time that this level of technology has been made legal outside of the controlled and licensed test environments in China, the US and elsewhere.

The reaction has been mixed, as one might expect.

UK Government leaders are happy because they should then be able to meet a pledge originally made in 2017 that autonomous cars would be on the road by 2021 – a pledge that many thought was over-ambitious.

The manufacturers’ trade association in the UK, the SMMT, focused on the potential reduction in accidents and injuries through automated driving systems reducing the opportunity for human error.

However, Thatcham Research, which is funded by UK motor insurers, was more critical – particularly of the wording that was being used.

“ALKS as currently proposed by the government are not automated” they said.

“By calling ALKS automated our concern also is that the UK government is contributing to the confusion. Consumers will expect the car to do the job of a driver, which current models can't do.”

This was reinforced by a director of insurer AXA who emphasised the need to view ALS as driver assistance only, otherwise “we’ll see serious injuries, we’ll see deaths.”

It all adds up to a potentially chaotic situation where the end-result may turn out to be the exact opposite of that which is being targeted – more accidents and more injuries, and potential arguments over liability.

This will be between manufacturers who insist that systems were not being used as intended, insurers who may challenge a claim if the driver was over-relying on an ‘assistance’ technology, and a government who will deny that ‘self-driving’ was intended to give drivers the chance for a rest.

Hopefully we will get more clarity when the detailed regulations are published later this year in the Highway Code – the official publication that all drivers are supposed to know and abide by.

Clarity in the regulations will not however allow the industry to step back.

Few drivers ever look at the Highway Code once they have passed their driving test, even if ignorance of the law is not a defence.

The industry has a societal responsibility to ensure that the technology they bring to market is not abused and does deliver the reduced accidents, injuries and deaths that it has the potential to do.

The Tesla FSD v9.0 will be delivered as an over-the-air download, and speaking as a former Tesla driver, I am sure that most drivers will hit the download button, acknowledge all the warnings, and only glimpse at the online description of the functionality.

Other manufacturers are likely to follow a similar route now that connectivity is becoming more common and the search is on for digital sales to supplement the basic product.

Whether it is a standard fit or a later over-the-air update, should we not be requiring customers to commit to a specific handover at the dealer of the new technologies, or to pass an online test before the technology is enabled?

This could be turned into a positive event rather than a burden, providing another opportunity to build a closer customer relationship, and probably means that in most cases, the customer will get more benefit and fewer surprises from a system that they fully understand. 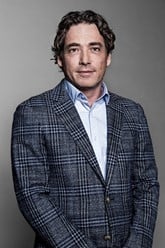