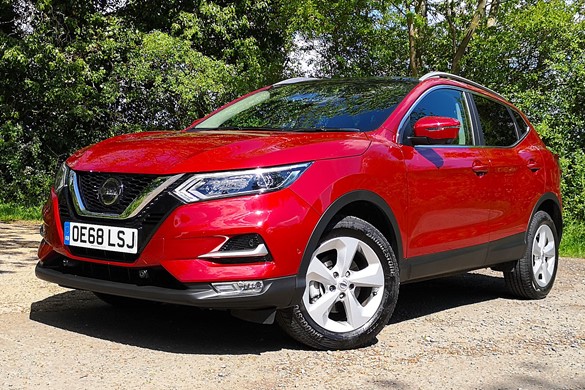 In 2015, AM said of Nissan: “It re-invented itself from the purveyor of Japanese white goods to the brand with the funkiest mainstream models in the form of the Juke and the Qashqai”. Year-to-date, the Qashqai leads the SUV-C segment it shares with the Ford Kuga, Kia Sportage and Dacia Duster, with a share of 12.4%. But its lead is slipping.

Nissan invented the urban crossover segment 12 years ago and since then the majority of manufacturers have produced their own models with considerable success – Nissan’s segment share has slipped from 16% two years ago as competitors eat its lunch. The Dacia Duster’s share has gone from 4.7% to 10% in that period, for example.

So how is Nissan working to maintain its market-changing sizzle? It describes the latest Qashqai as the “tech advanced urban crossover”. It recently introduced the ProPilot safety system, which adjusts speed dependent on the distance of the vehicle in front, stopping the car and resuming driving and assisting steering to keep the car in lane.

Our test car doesn’t have ProPilot, but it does have two packs that bring the safety levels to a comforting level. These are Safety Shield Plus (intelligent driver alert, blind-spot warning, rear cross-traffic alert and moving object detection) and Smart Vision Pack, which includes lane departure warning and emergency braking with pedestrian recognition.

A Nissan spokesman gave ProPilot as the reason the Qashqai “remains the most desirable model in its segment”, along with connectivity enhancements, such as Apple CarPlay and Android Auto.