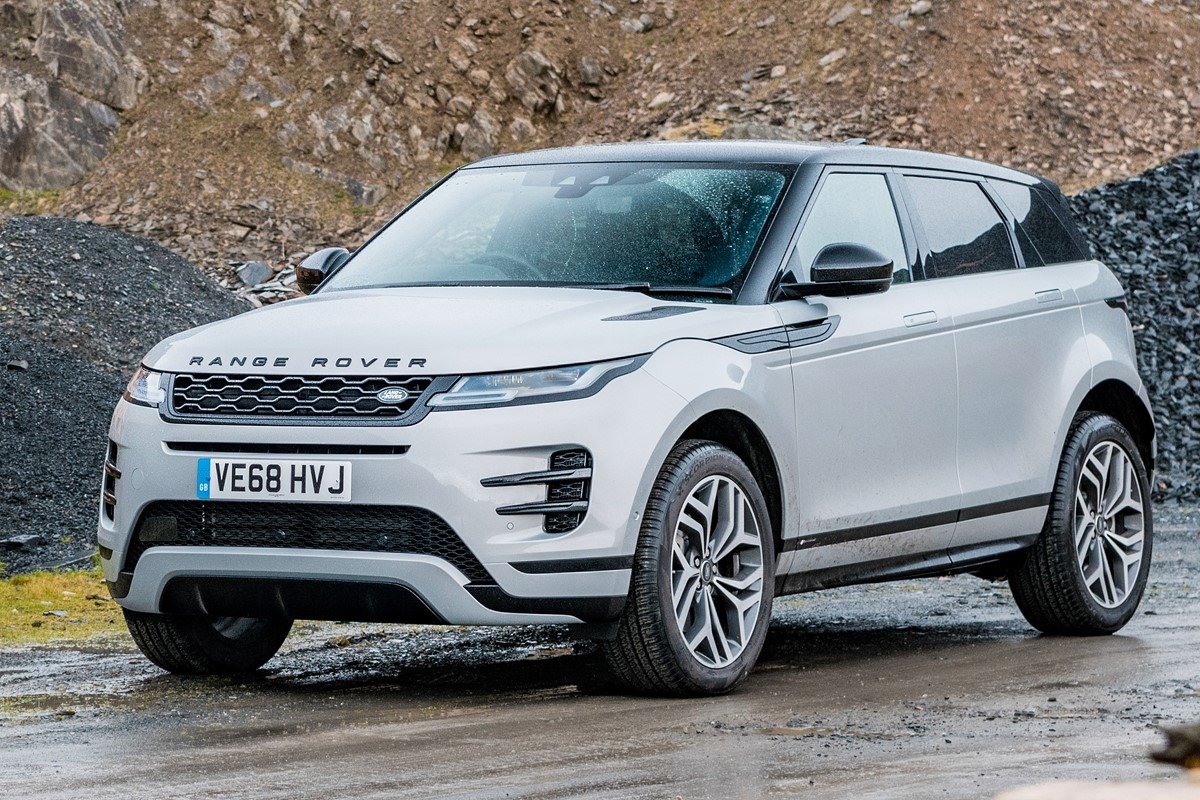 Land Rover has all but eliminated the drawbacks of the new Range Rover Evoque by using HD cameras that deliver a wide-angle rearward view and spot obstacles underneath.

The clever ClearSight rear view mirror and (optional) Ground View systems are important additions to the all-new version of the fashionable SUV.

In a vehicle which uniquely maintains a concept car-like high shoulderline and small glasshouse, such innovations are, potentially, a huge selling point.

However, on the UK press launch at Cheshire’s Peckforton Castle it soon became clear that the efforts to address the Evoque’s limited visibility are just the tip of the iceberg when it comes to the improvements to Jaguar Land Rover’s crucial volume player.

JLR expects the majority of customers to opt for the more premium HSE trim or above, as 80% of the owners of the previous model did.

There are five trim levels – standard, S, SE, HSE and First Edition – which can each be specified with optional R Dynamic sporty design features for an additional £1,500, and a choice of four turbodiesel and three turbocharged petrol powertrains.

All Evoque models, apart from the entry level D150, are fitted with a new, 48V mild hybrid (MHEV) system. Ironically, the D150 is the most frugal and least emitting engine, at 52.3mpg and 143g/km CO2.

A first for Land Rover, the MHEV system works by harvesting energy under deceleration via an engine-mounted starter generator, storing it in the under floor battery, and delivers CO2 emissions from as low as 149g/km and fuel economy from 50.4mpg.

A plug-in hybrid equipped with an all-new three-cylinder petrol engine will arrive before the end of this year.

The design of the second-generation Evoque is an evolution of the original, with a near-identical silhouette but smoother, sleeker design cues now align it more closely with the Velar and Range Rover Sport.

Slim Matrix LED headlamps are fitted and while the footprint of the new Evoque is just 1mm longer and 4mm wider than the outgoing model a longer wheelbase has liberated 20mm of added legroom.

The new interior feels far more modern, though, and quality is higher than ever.

Ahead of the driver a traditional instrument binnacle has been replaced by a colourful TFT (thin film transistor) cluster which, while not as expansive or graphically sharp as the Volkswagen Group’s system, functions well.

A touch of a button at the base of the rear view mirror activates the ClearSight HD rear camera, giving a 180-degree rear view to eliminate the predecessor’s blind spots, while the Ground View system gives the driver a view of the road (or off-road surface) via the upper of the two Touch Pro screens.

Controls are evident for JLR’s Terrain Response 2 system, which adjusts the chassis and differentials to different surfaces to help make the most of an off-road repertoire which includes the ability to wade through water up to 600mm (up 100mm compared with the previous model).

Terrain Response 2’s ability to adjust automatically – without the need for a turn of a dial – renders most off-road work extremely straightforward, though.

In truth, the P250’s performance claims felt a little optimistic. While the nine-speed automatic gearbox proved usefully slick, the two-litre petrol engine did lack some of the effortless delivery you might expect once you’ve settled into the new, more grown-up and luxurious Evoque cabin.

Without any compromise in refinement, it delivers a respectable 8.8-second acceleration to 60mph and a 128mph top speed alongside claimed fuel economy of 38.4mpg-41.4mpg and 150g/km CO2 emissions.

On the road the Evoque can act like quite a wide and heavy car, but a very square-set footprint makes for impressive grip at all four corners.

What the latest Evoque now does far better than before is achieve that trademark Range Rover trick of imperious isolation of the driver and passengers from the efforts it’s making – both on- and off-road.

The Evoque offers an evolution in design that aligns it closer to the rest of the range and a stack of new technology, which will require a talented sales executive or ‘genius’ to communicate to potential customers. Good luck. 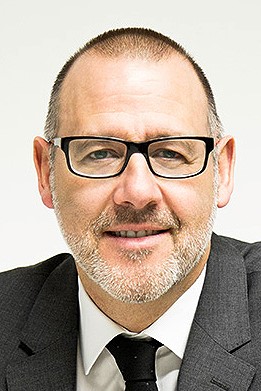 Is it possible to overstate the importance of the Range Rover Evoque to the Land Rover brand?

Globally, Evoque has sold more than 750,000 vehicles for us. People talk a lot about game-changing vehicles but that is exactly what the Evoque was for us and continues to be. The UK punches seriously above its weight in terms of Evoque sales and has made up 20% of the market so far. We want that to continue, but the brand also wants to build its share in other territories, particularly the US.

How has the new car built on that game-changing formula?

What I would have asked for in developing this car would have been more refinement, rear legroom and visibility. The old car was a beautiful piece of design but did it drive like – and have the refinement of – a Range Rover? I think it ticks all the boxes. The extended wheelbase and some of the new technology handles those cabin space and visibility issues and are both fantastic solutions when you look at the overall package. In terms of design it’s also aligned itself far more closely to the World Car Design of the Year award-winning Velar.

Have dealers received the new range well, so far, and what are likely to be the most popular trim and engine combinations?

The Evoque’s 53% residual value is class-leading and the feedback we have had from our retail partners is that they are very happy with the pricing, the trim levels and the walk-through of the range. In terms of the trim levels, HSE and above was where the volume of sales has always been and this time around we can already see that the R Dynamic option will prove extremely popular. I think the R Dynamic trim option and diesel powertrain will continue to be where the centre of gravity lies.

How will Jaguar Land Rover support the marketing efforts of its retailers with the Evoque?

We’ll kick off our advertising campaign proper in the first part of the third quarter. At the time of this launch event the new Evoque has been on sale in dealerships for four weeks and customers have already made a quarter of a million configurations on our website. Upon starting sales we have 150,000 existing customers to approach. For those reasons we are really, really confident about the vehicle and the success it can bring to the retail network.