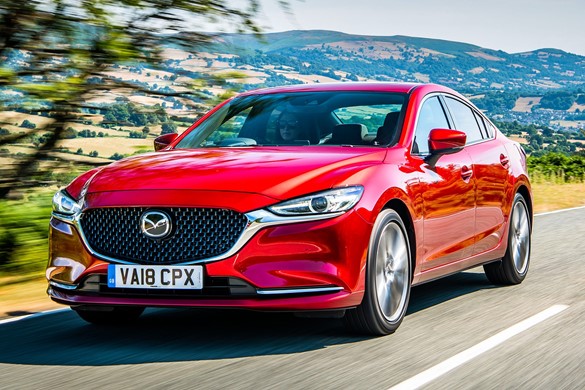 Dealers are not the only ones affected by WLTP changes – manufacturers are also scrambling to accommodate them. In Mazda’s case, it not only prompted a redesign and update of the Mazda6 saloon and tourer, but a completely new powerplant.

Just weeks before changes to the Mazda MX-5 line-up deliver a welcome 24PS power increase, to 184PS, it debuted its 2.5-litre Skyactiv-G petrol engine in the UK. Built into the D-segment Mazda6, it  features a cylinder deactivation system that aims to improve real-world fuel economy by switching between four- and two-cylinder operation while coasting.

Jeremy Thomson, the managing director of Mazda UK, said the introduction of the larger petrol engine – previously the preserve of the traditionally diesel-averse Chinese and US markets – was prompted more by the market’s dramatic shift away from diesel than the arrival of WLTP, however.

“We’re confident there’s a future for diesel, but it’s the shift towards petrol that has prompted us to offer this engine now,” said Thomson.

Elsewhere in the Mazda6 engine line-up, its two-litre Skyactiv-G petrol unit has been enhanced with new intake ports, new pistons and revised fuel injection and cooling, while the more powerful 2.2-litre Skyactiv-D diesel now produces 184PS (up from 175PS).

While i-stop is basically the familiar start/stop system, the i-Eloop system stores recovered electricity in an advanced capacitor rather than employing a dedicated battery, storing energy to be used by the vehicle’s electrical systems.

Mazda claims i-Eloop can improve real-world fuel economy by up to 10% depending on driving conditions.

At Mazda’s launch event in the Cotswolds, i-Eloop and that cylinder shutdown proved undetectable, though the new 2.5-litre engine offered reasonable – rather than surprising – performance, albeit backed by a rather flat, gruff exhaust note.

Although it offers a reasonable mix of pace and economy, the flagship Mazda6 would be a hard sell as a sporty saloon were it not for the presence of a dose of Mazda dynamic flair.

Thomson conceded that the Mazda 6 has put on weight this time around in the pursuit of improved ride comfort and interior refinement and the changes have done nothing to dent the driving experience. The six-speed automatic gearbox, which is standard with the new 2.5-litre engine, is not the quickest, but is smooth shifting and down-shifts fairly intuitively.

Mazda’s short-throw six-speed manual gearbox should not be overlooked by sales executives. While the automatic is an option with all but that entry-level 145PS petrol engine, the manual adds a decent dose of engagement and MX-5-like sporty feel that may appeal to some customers.

The styling changes to the new Mazda6 are very much on the subtle side.

Most noticeable is the introduction of Soul Red Crystal metallic paint. The £800 option employs Mazda’s three-layer Takuminuri painting technology, which it claims will  increase the paint’s brightness by about 20% and depth by 50%, compared with previous versions of the paint.

The other visual enhancements that mark out the latest Mazda6 include a mesh grille positioned deeper within its surround, revised LED headlamps and a redesigned lower bumper at the front.

At the rear, the saloon has a remodelled boot lid, while both models feature cleaner rear bumper styling, with more body-coloured areas. New 17-inch Gunmetal and 19-inch Bright alloy wheel designs have also been introduced.

About £900 separates the saloon and tourer, the former with 480 litres of boot space and the latter from 522 litres to 1,644 litres (with seats folded).

The flagship GT Sport Nav+ features real Japanese Sen Wood trim, brown Nappa leather and suede roof lining to deliver a cabin that is up there with the best in this class, alongside a 360-degree manoeuvring camera and adaptive LED headlights.

The new Mazda6 finds itself battling against a market segment that suffered a 25% decline in 2017, but looks to be one of the best-equipped and well-designed options available.

Just how many diesel drivers will turn to that 2.5-litre unit remains to be seen, however. 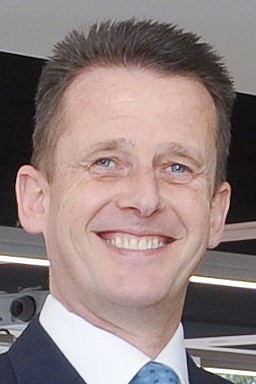 It’s a challenging market, how is Mazda faring so far and what positives can be taken from the start to 2018?

Our 130 dealers are quite happy, despite the switch to WLTP and the arrival of GDPR. Our sales are down 3% in a market down 6% and our retail sales are actually up 2%. Retail accounts for 54% of our sales now. We’ve pulled out of the expensive fleet channels, but still have a strong base among user-choosers. On top of that, Mazda MyWay has produced 375 sales and we are preparing for a wider trial roll-out.

What are your hopes for Mazda MyWay and how many retailers are on board?

Ford has about 450 retailers. That gives it a huge advantage. Having twice as many Mazda dealers isn’t viable. I genuinely guard profitability. With MyWay, we think we will be able to spread our territory and influence with our existing retailers and offer something to customers that is very much bespoke, face-to-face service. I was conscious that we had to have proof of concept before we took this to the network and we now have that. We’re live with five retailers and if all goes well, we will roll it out to the rest.

How has the shift away from diesel affected Mazda’s product planning with the Mazda6?

We still believe in a future for diesel. The market’s down 25% and it’s no different for Mazda, but it is still very much the right solution for many customers. In the Mazda6, we anticipate that the mix will be 55% diesel.

There’s a new petrol engine in the new Mazda6. What are its key selling points?

Buyers will benefit from a new focus on safety as standard. There’s a colour head-up display, lane-keep assist as standard and automatic emergency braking, which delivered a five-star Euro NCAP rating. The engine’s probably not something we’d have brought to the UK had the market not shifted so much away from diesel, but it’s a good fit.

What will be the sweet spot for the car, in terms of product mix and the customers it finds a home with?

The mix will be 50% fleet, largely down to our withdrawal from those high-cost channels. We expect the SE-L Nav diesel to be the most popular derivative. Within its segment, the Mazda6 claims between 10% and 15% of the market share and in every one of the past five years it has outsold the Ford Mondeo in retail, so it still holds real appeal. Between 2003 and 2010, it was our best-selling car.