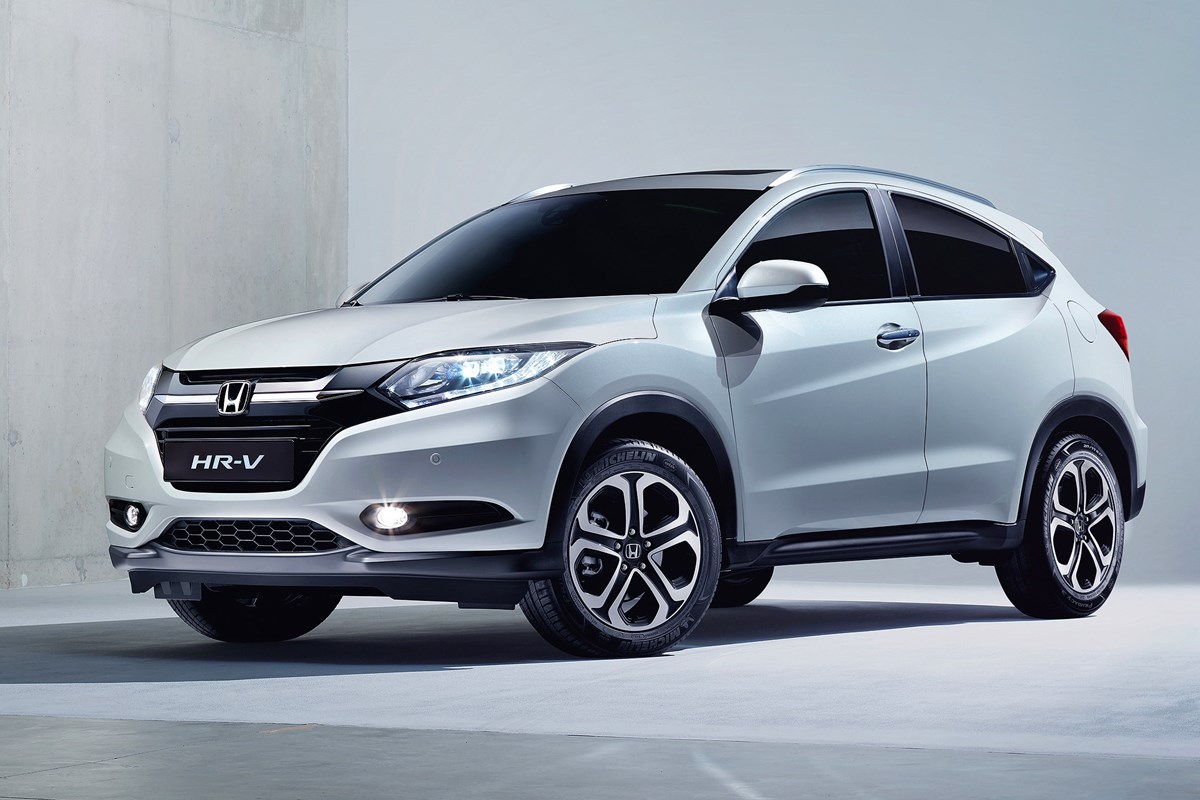 Honda has revived the name it used on its first small SUV and hopes the compact crossover that bears it now will fill the gap the original HR-V left in its range and add 15,000 annual registrations.

That will depend, of course, on how successful Honda and its dealers will be in tempting new consumers into the HR-V, in both the private and fleet sectors.

“If we don’t seize the opportunity of this car in bringing new customers into the brand, that will be a huge travesty. Now is our chance to grow.

“HR-V is our most important launch this year because it is completely fresh, a new market for us, a new design” Leon Brannan, Honda UK

“HR-V is our most important launch this year because it is completely fresh, a new market for us, a new design. So we have potential, and the message to our dealers is to seize the opportunity and do not sell this car just to your own customers.

“Of course we’ll have a flurry of orders, but we can’t just rely on that. It would be a travesty to the Civic if we did. Our number one priority is to protect the Swindon factory building  the Civic.”

2015 is a year of change for Honda UK. It has ceased importing the low volume CR-Z, Insight and Accord models, which has left it with just a three-car range until now.

In dealers’ favour, the CR-V and Civic have just been refreshed and a new Jazz is imminent, once the HR-V has reached showrooms.

Brannan said the small crossover segment in the UK is growing by 11% this year and HR-V must win a share of the spoils. The target is primarily the retail buyer, as 70% of Honda UK’s annual sales are in this market, and Brannan said it is very careful about the fleet business it does, in order to not sacrifice profitability.

The HR-V will launch this month with a major media campaign, including TV and radio, a national roadshow covering events and a four-week national Honda test drive campaign beginning in the last two weeks of the plate-change month.

Brannan said Honda UK is targeting 5,000 to 6,000 sales for the compact SUV in Honda UK’s current financial year, but deliveries to the UK from Honda’s assembly plant in Mexico may be restricted by its need to serve larger markets.

This car is pretty spacious inside – boot space is 453 litres – and larger than typical B-segment SUVs such as the Nissan Juke and Vauxhall Mokka, so Honda wants the HR-V to compete with the Nissan Qashqai, Mazda CX-5 and Hyundai Tucson in the C-SUV segment. As such, Honda  has priced the crossover from £17,995, undercutting the cheapest Qashqai. For that money, the buyer gets a rather noisy 128bhp 1.5-litre petrol-engined model in S trim, whose equipment highlights include front and rear parking sensors, DAB radio, Bluetooth, climate control, cruise control and Honda’s ‘magic seats’ folding system.

It also means Honda can market HR-V with a £149 per month payment after a 30% deposit to tempt the young singles and pre-family couples it wants to capture.

However, the majority of buyers are expected to want an SE grade HR-V. For an additional £1,750, this adds the ‘Connect’ infotainment system with 7in screen and web browsing, dual-zone climate control, larger alloys, leather steering wheel and front foglamps. It also comes with a driver assistance safety pack as standard, which includes warning systems for forward collisions, lane departure, cross traffic and speed monitoring.

The HR-V’s second powertrain option, a 118bhp 1.6-litre turbodiesel already used in the Civic, is the more refined choice and will tempt an estimated 55% of buyers, despite its £1,750 premium over the petrol.

Brannan said Honda UK has no plan to introduce either the 1.8-litre petrol or the hybrid powertrains being offered in some other markets. Equally, he will not bring in the 4WD HR-V offered on Europe’s mainland, as in FWD the range already covers 85% of UK demand.

Customers wishing for automatic transmission can opt for a CVT gearbox with the 1.5-litre petrol unit. This will cater for the existing Honda customer base, but is unlikely to win favour with many of the conquest prospects.

What your customers will read about the Honda HR-V

The HR-V is well-equipped, comfortable and practical, and while it won’t have the Nissan Qashqai worrying about its crossover crown just yet, it does show plenty of potential in a crowded market. In styling terms alone, Honda has done enough to separate itself from the pack.

Quite likeable urban runaround, but should have had a 4x4 option to maintain credibility. Pricey but economical, comfortable and spacious. A bit bland to drive, though, and there was some evidence of poor assembly. Petrol is noisy and gutless, go for the diesel.

The HR-V’s far from the cheapest car in its class, but it does come with decent levels of standard equipment including climate control, auto lights and cruise control. Automatic emergency braking is also fitted as standard across the range, which not only makes the car very safe, but should make it cheaper to insure.