Does Suzuki have an auto diesel S-Cross in the pipeline? 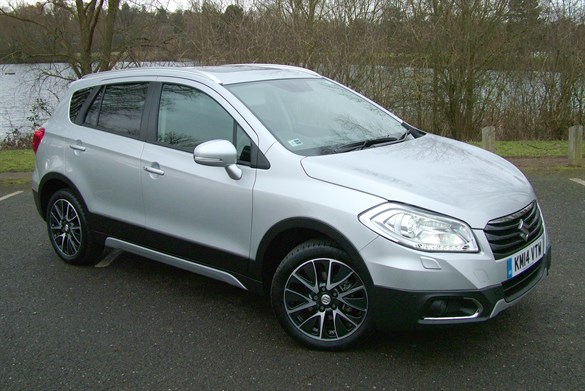 It was recently reported that Suzuki Cars UK product manager Ed Norman revealed an all-new automatic transmission will be made available for the first time on the diesel-powered SX4 in the summer. This new transmission is said to carry a £1,000 premium on the current cheapest diesel in the range, which costs £16,999.

The Society of Motor Manufacturers and Traders (SMMT) was unable to say what proportion of the 53,295 diesel SUV C-segment vehicles sold so far in 2015 were mated to automatic transmissions, but the overall total for automatics sold in the segment was 18,880.

Reports also suggested that the model will receive a few other light revisions this year, including making its engine range cleaner, with Euro6 compliant units – which it claimed will be done without the use of AdBlue (a technology used by some German manufacturers to reduce emissions of nitrogen oxides).

However, Suzuki told AM this has yet to be confirmed. Confirmed edits to the model include the discontinuation of the Bright Red paint option, and the replacement of the spare wheel with a temporary repair kit, in line with the Celerio model and the new Vitara.

For customers that prefer having a spare wheel, it is still available as an optional accessory.

Robin Luscombe, managing director of Luscombe Motors,  which has the franchise, said: “The red ones didn’t sell very well, so no problem there, and the recent addition of 0% finance has outweighed the removal of the spare wheel.”

Dealers’ faith in the brand is growing, according to the  National Franchised Dealer Association’s Winter 2015 satisfaction survey, which saw Suzuki jump from fifth to third.

If the reported revisions do take place, it is said to go on sale in July.