Mazda MX-5: Can you successfully sell a sports car all year round? 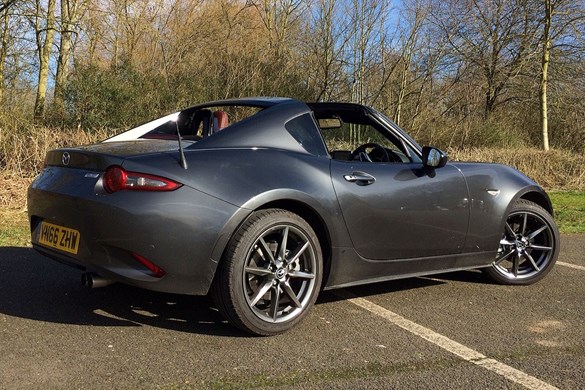 How do you sell a ‘summer car’ such as the MX-5 in the bleak mid-winter? It looks like a challenge based on the Society of Motor Manufacturers and Traders’ monthly registration figures: In July, 384 of the roadsters were sold. In November? Just 146.

In July, it led the Sport segment in year-to-date market share, its 35% beating the VW Scirocco on 30%. But in November the positions were reversed, with the VW on 34% and the MX-5 on 33%.

However, a Mazda spokesman said dealers do not ignore the MX-5 in the gloomier months: “The RF, with its hard roof, is an all-weather car.

“Dealers do not sell it as a seasonal car, but one that can be enjoyed all year round. And even the soft top has a sturdy roof to it, which will make it a suitable winter car.

“So the pleasure of driving a responsive, fun, economically sound vehicle should be an all-year-round sales proposition for our dealers.”

On the battle between the MX-5 and the Scirocco, a switched-on sales executive will wax lyrical on the appeal of driving a rear-wheel drive sports car with the bonus of getting the roof down in the summer months.

“Even in winter, dropping the roof can blow away the cobwebs,” Mazda’s spokesman said.

Mazda said it doesn’t need to soften its PCP offers at this time of year to generate more interest and advertising is modest: “The car sells itself.”