Mazda3 lives up to its reliable reputation 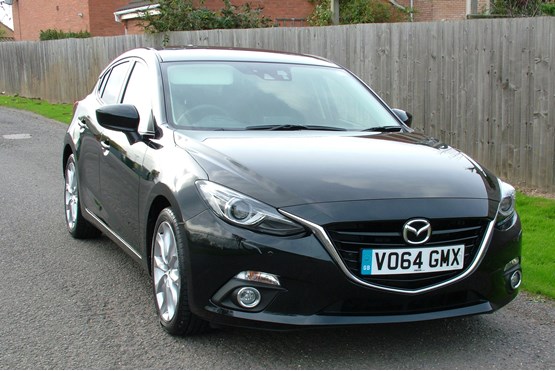 Over the past decade there has been much talk in the industry about customer service and how, when a problem arises, the best in the business turn a negative experience into an opportunity to impress.

Recently, the Mazda3 let us down. It was its first false step in more than nine months and 10,000 miles of use. A colleague was driving to Oxford when he stalled it at a roundabout. Once the car restarted, it went into limp mode and illuminated the engine management light, so after pulling over into an adjacent service station the colleague called Mazda First, the brand’s roadside and accident assistance service. Any buyer of a new Mazda gets free comprehensive European cover from Mazda First for three years, regardless of mileage.

Mazda First dispatched a recovery contractor and called back to keep us updated on its progress to us. Just 45 minutes later, the contractor arrived, hooked its mobile diagnostics system up, reset the fault, gave us a print-out and the car was back on the road.

Rapid, efficient and plenty of communication – just as any customer stranded on a journey would want. Another nice touch was a follow-up call from Mazda First, to ensure we were fully satisfied with the service and check whether we required any further action.

The car has since been running without problem. However, with the mileage we’re covering in it each month it is nearing its first annual service, so when it goes in to our chosen Mazda dealership in early August we’ll expect the technicians to give it a once-over.

We expect it was a rare glitch. An internet trawl for issues with the Mazda3 came up with very little. On the Honest John website, an owner complained about being asked for £400 for a space-saving spare wheel and jack after reporting that the car’s tyre repair kit was “worse than useless”. Another complained about the lack of DAB radio.

The latest-generation Mazda 3 has only been on the market for 18 months, but it seems reliability is little concern.