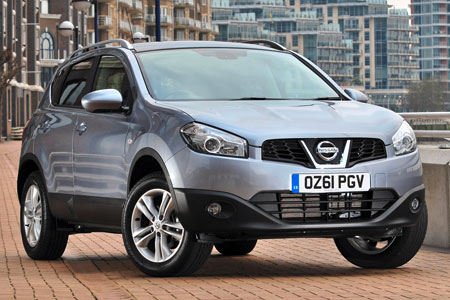 A trailblazing eco engine is set to play a leading role in helping Nissan win significant fresh business in the corporate car sector.

“We’ve had tremendous success with the Qashqai, but this new dCi engine makes it possible for us to offer a C-sector product that gives user-choosers high operating economy and a favourable tax proposition without any compromise in performance,” he said.

More than 30% more economical than the 2.0-litre diesel motor now dropped in all but automatic versions, the new power unit is available immediately.

However, a key component in cutting emissions will not be standard until early next year due to an interruption in supplies of electronic parts caused by the Japanese earthquake.

Until then, the tailpipe figure is 129g/km.

Subdued throughout its rev range, the engine is an impressive performer that pulls strongly from little more than idling speed.

Currently the most powerful 1.6-litre diesel available, it equals the 2.0-litre in torque output to be a best-of-both-worlds compromise that should appeal to the user-chooser sector.

Despite costing £1,500 more than its predecessor, the new N-TEC+ is claimed to represent £2,700 higher value with features including Around View monitor – a novel camera aid that shows an aerial view of the car on the sat-nav screen to aid parking.

The Qashqai has already proved a smash-hit success for Nissan to set the pace in crossover registrations and this new engine makes the car an even better proposition for both business and family use.