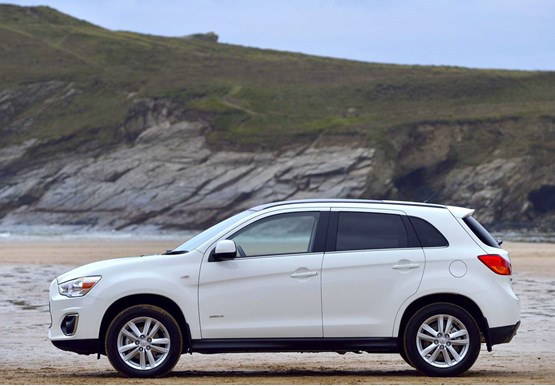 While the new Outlander PHEV launch in April - read our review here - has helped Mitsubishi grow volumes by 19% in the first half of this year, ASX sales have increased by 92%.

There have been a number of factors which have helped to boost ASX sales so far this year.

The brand had been on a downward trajectory since 2006, with market share dropping from 1% to a low of 0.32% in 2012. The launch of the ASX in the UK in 2010 was combined with a number of initiatives in order to keep the recovery momentum going.

Mitsubishi increased its marketing budget this year, from £8 million to £20m. This has meant a return to television advertising and a deal with Channel 4 to sponsor all documentary programmes. The ASX is being showcased on Channel 4 as part of its sponsorship package and dealers will welcome the help to push the brand nationally to consumers.

Lance Bradley, Mitsubishi Motors in the UK managing director, said: “We have some big messages to get across this year and we have underspent on marketing for some time.”

The Outlander PHEV will lead Mitsubishi’s product marketing offensive due to its good news story of being priced at the same as the equivalent trim diesel in the Outlander range, but the ASX will no doubt receive some sales traction on the back of all the attention.

While the ASX isn’t being offered with a plug-in hybrid version yet, Bradley said the next generation model would likely feature the same technology available with the Outlander PHEV.

Dealers can tempt any potential ASX customers attracted by the marketing push with a 6.9% APR PCP deal in the run-up to the September plate-change. The deal has been running from the start of July and will continue until the end of September. Customers can pay £239 a month for the ASX 4 diesel auto after putting down a £9,114 deposit.