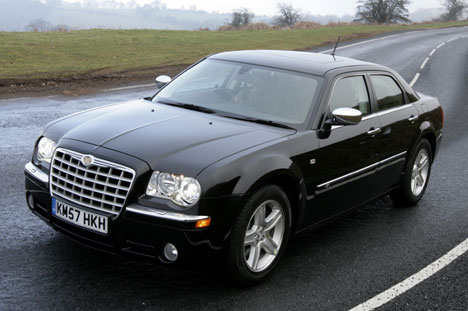 More than 6,000 registrations add up to an unqualified success for a big American car launched a little over two years ago in a declining market.

But Chrysler believes a series of subtle changes are now set to pave the way to an even better showroom performance for the 300C.

At the very least, a makeover aimed at softening the model’s in-your-face personality should help the chunky saloon and Touring range hold on to its 4% share of the E-segment, now showing buoyancy after four years in the doldrums.

There’s not much new to see on the outside, except at the back where a reshaped bootlid now features a spoiler and a high-mounted brake light.

But open any door and there’s a marked difference as a decidedly urbane environment replaces brashness.

Given that the revitalised US maker now sees itself as a serious alternative to Audi, BMW or Mercedes-Benz, it’s no surprise to find a better-designed instrument panel and centre console, using satin silver highlights.

In this guise, the 300C gets fresh appeal – and SRT-Design versions blending sports looks with the likeable regular diesel engine should win considerable interest even though they’re £5,000 dearer than the high-value lead-in cars.