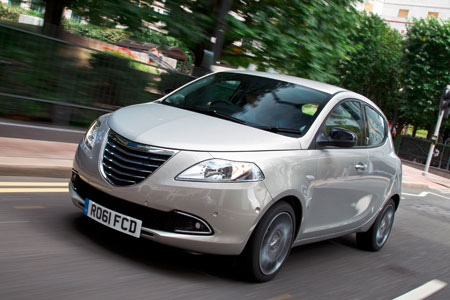 Chrysler is aiming to make a big impression on the small car sector with the first supermini to go into its showrooms.

The US manufacturer with a heritage in V8 engines and high-power pick-ups has ambitions to be a leading player on the British eco-motoring scene as a result of its links with Fiat Auto.

With engines developed by Fiat under its bonnet, the new Ypsilon has the economy and tailpipe emission performances to take it to the top of the eco class, believes Jeep Chrysler brand director Nigel Land.

But he says an aggressive pricing strategy will also play a major role in helping sales of the range get off to a flying start.

“This car forms a key part of the re-launch of Chrysler in the UK. We know we have to be price competitive against the front-runners in a particularly tough market segment,” he said.

Revitalised Chrysler is expecting to retail up to 4,500 examples of the car next year.

Originally launched with Lancia badges, it offers three trim levels and has a choice of petrol and diesel power, all with standard stop-start equipment.

Promising large car features and offering good space of occupants in bodywork more compact than the class average, it has generous specification, including power operation for windows and door locking and remote keyless entry in lead-in S trim.

The most economical version is the 1.3-litre MultiJet, which returns 74.3mpg, but anticipated top-seller is the TwinAir SE, which costs £1,000 less and uses the two-cylinder motor that holds the current International Engine of the Year award.

It delivers 67.3mpg with 99g/km CO2 emissions in an appealing, fun-to-drive package.