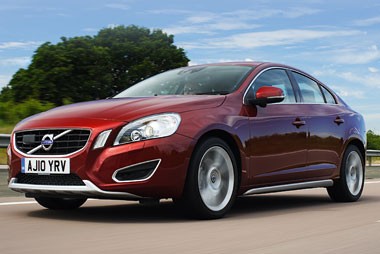 The system works in urban motoring up to 21mph by visually and audibly alerting the driver to any errant pedestrian trying to get themselves run over. If the driver doesn’t react the system will apply full braking force to halt the car.

Every UK Volvo dealer has been issued a test dummy to demonstrate the system. It’s an important part of the sales process, as without this understanding a driver could panic whenever the system activates.

Volvo Cars UK hopes the system will be one of several elements which entice motorists, particularly business drivers, into its new premium saloon. The other elements include its much- improved handling, competitive pricing and level of service offered by its dealer network.

Although the S60 aims to compete with the BMW 3 Series, Audi A4 and Mercedes-Benz C-Class, and will do far better than the preceding model, Volvo has sights on customers migrat-ing towards the premium segment from mainstream saloons such as Ford Mondeo and VW Passat.

It’s a market segment that was worth 170,000 units last year. Volvo hopes S60 sales will reach 9,700 units in 2011, its first full year on sale. Around 70% of S60s are expected to go to the corporate sector, and as a result eight in 10 cars sold will have a turbodiesel under the bonnet.

Various option packs are also at the dealer’s disposal. Most popular are likely to be a premium pack which adds sat-nav, digital radio and improved audio, and a driver support pack which includes the pedestrian detection system, blind spot alerts, driver alert control and lane departure warning.

Overall the new S60 gives Volvo dealers a solid opportunity to bring new blood to the brand. Its chassis and handling is much improved.

However it still doesn’t lead the class. But that shouldn’t put off prospects who want a real premium contender that doesn’t follow the German pack.

Not exactly a sports car, but it is refreshingly good to drive as well as having all of the company's more traditional virtues.

The S60 is one of the best resolved Volvos we've driven in ages. Quality is first-rate, the design is head-swivellingly sharp and the cabin a cosseting, modern milieu. Safety is a given.