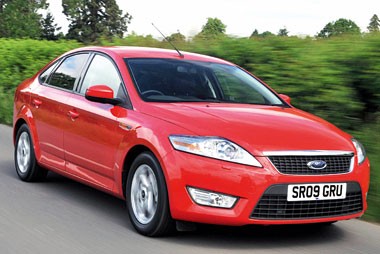 Ford could well be disappointed at the lukewarm showroom response to its moves to combat unprecedented increases in motoring costs.

ECOnetic, the branding for the package of engineering subtleties that helps make the most of more costly fuel, has accounted for only 4% of sales since it was introduced on the Mondeo last year.

But things could improve with a new, 2.0-litre version offering a further option in the large family car eco sector to rival the Vauxhall Insignia and Volkswagen Passat.

Though what Ford describes as ‘optimised calibration’ means the lusty 138bhp output of the standard 2.0-litre turbodiesel power unit is scaled back to 113bhp, the good news is that overall performance seems to suffer little in most driving conditions and there’s even a slightly more sporting edge to its acclaimed handling finesse into the bargain.

Surprisingly, the 2.0-litre proves to be slightly slower in acceleration than the 1.8 variant because it produces just under 10bhp less power, but it is cheaper to insure than the standard 2.0-litre and returns a whopping 13% better average economy.

Low tailpipe emissions help the car qualify for the lowest tax band in its class and VED band E rating while a potential driving range of more than 800 miles means fewer fuel pump visits during long-haul use.

Costing £500 more than its 1.8-litre stablemate, the 2.0-litre car has a six-speed manual transmission with a super-high top ratio for more relaxed cruising.

Despite its eco credentials, the Mondeo comes with all the creature comforts, including dual-zone air conditioning, cruise control and Bluetooth connectivity and scores high safety marks by including seven airbags, ESP with traction assist and emergency brake assist, along with a heated windscreen, as standard.

Motortorque.com
This new Mondeo ECOnetic is good news for company car drivers – the 2.0-litre engine gives access to a greater number of company car lists, while its low CO2 and price ensure the lowest tax band in its class and low P11D costs.

Carsuk.net
A class-leading car and – if ECO is your thing - the new Mondeo ECOnetic should fit the bill if you want a car that’s cheap to run, but doesn’t feel cheap.