The new generation Galaxy MPV will be launched in mid 2006. Unlike its predecessor, which shared design with the VW Sharan and Seat Alhambra, new Galaxy has been developed entirely by Ford’s European product development team.

“This vehicle will be a key product for us,” says Lewis Booth, Ford of Europe chairman and CEO. “As a full-size people mover, it will provide a luxurious travel experience for up to seven people and an exceptionally flexible interior package.”

Galaxy will use a high roofline, with optional glass roof, a panoramic rear window and a fold-flat rear seating system. It is expected to include a range of clever storage and load-carrying systems, such as underfloor boxes and an integrated roof rack.

Powerplants will be sourced from across the Ford group, and are likely to include the 2.2TDCi diesel currently used by Mondeo and the flagship 2.7 V6 diesel from the Jaguar S-type.

The current Galaxy notched up 9,138 UK sales in 2004, and Ford expects the new model to surpass this.

The new range will start at around £20,000, with its typical rivals being the Renault Grand Espace, Mitsubishi Grandis and Toyota Previa. 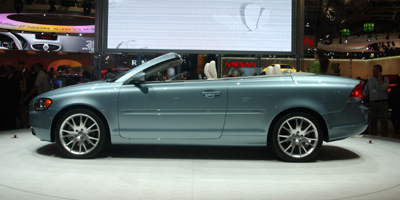 Click here to be taken to the Frankfurt 2005 picture gallery.