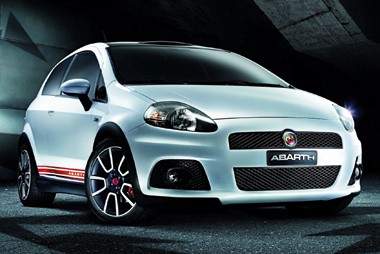 Fiat came close to destroying Abarth’s proud sporting heritage after reducing it to little more than an apologetic badge – Stilo Abarth, anyone?

But it believes that, with the Grande Punto Abarth, it has rectified past mistakes.

The rebirth of Abarth is all about engineering, design and performance – in the words of Abarth licensing and merchandising manager Salvatore Iuzzolini, it’s about “making ordinary products extraordinary”.

The car looks the part with an edginess added to the Grande Punto’s chic design.

Inside, it’s either black fabric or black leather with red stitching on the wheel, handbrake, gearstick and across the dash, and aluminium flourishes on the instrument clusters and centre console. Italian flair is very much in evidence.

The car develops 152lb-ft of torque, but this rises to 170lb-ft when you press the ‘boost’ button on the centre console.

It also stiffens handling and speeds up the throttle response.

For another £3,500, buyers can upgrade to the hot Esseesse (SS) version, which boosts output to 180bhp via a turbo compressor engine kit, stiffens the springs by 10%, lowers the ride by 20mm and adds cross-drilled brakes and 18in alloys.

However, this upgrade –which is carried out by Abarth authorised centres –is only available to drivers within one year or 12,000 miles of registration.

Alternatively, customers can choose to have the chassis kit upgrade without the engine kit – but the car can only be modified once.

Dealers will have no trouble selling them.

Let’s cut to the chase – is the Grande Punto Abarth deserving of the Abarth badge? Absolutely yes - it’s the most fun I’ve had in a car all year.

The car is effortless to drive, the steering is perfectly weighted with a firm response giving superb feedback.

Handling is razor sharp, even without the sports boost.

The main criticism is the throttle response.

With the boost button depressed there’s no problem, but without the boost, it’s spongey and unresponsive.

Some people (mostly car hacks) will lament the fact that the ESP is permanent – there’s no off button.

But it’s not intrusive and few drivers will even know it’s there working behind the scenes.

That aside, this is a hugely rewarding car to drive.

The gearchange is smooth and the seats are supportive.

Unlike in some sporty cars, passengers don’t get thrown about no matter how enthusiastic the driver.

And the Esseesse? Power is even more punchy and responsive.

The difference between the two cars was illustrated on a hill climb course; the Esseesse easily clipped a couple of seconds off the Abarth’s lap time - even for a greenhorn like me. 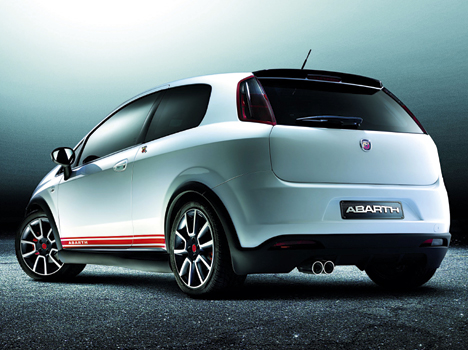