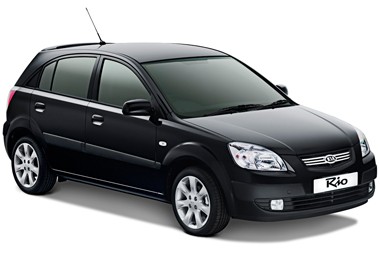 This is a practical, get you from A-to-B, sort of car. It isn’t exciting to drive, it’s not inspiring and it’s not stylish.

But it does offer far more than other cars in its class for a much lower price.

At £9,995, the five-speed manual comes with driver and passenger airbag, climate control, electric windows and sunroof.

The Sport trim means it gets 16-inch alloy wheels, a barely noticeable rear spoiler, chrome grille, and a bit of a dress-up interior-wise with red weave inserts and a red-stitched steering wheel and gearshift grip.

But this attempt at a sport model is likely to go over the heads of most young buyers.

It’s not a particularly good-looking car and the interior, while comfortable, is dated and most suited to the, er, more mature customer.

However, Kia insists it is aimed squarely at young, busy people, who want to stay in the B-segment but move on to a bigger engine, for example from a Picanto.

Launched in March last year, Sport accounts for around 10% of Rio’s sales. Its best-seller, the entry level 1.4-litre petrol, makes up double that proportion.

To drive, the Sport has light steering, reminiscent of AM’s Cee’d former long termer, and it is fairly nippy, though at motorway speeds it takes a head-strong person to persist at 70mph.

As an old school Kia the indicators are on the right of the steering wheel rather than the left. I can’t recount the number of times I’ve mistakenly turned on the wipers instead of the indicators.