Not without reason, the Toyota Prius has earned the nickname “Toyota Pious” in certain parts of the trade.

The criticism of the Prius has ranged from the outlandish to the pragmatic. In the latter camp, a recent test by www.cleangreencars.co.uk found that its consumption in real-world use was almost identical to a Jeep Patriot diesel.

So do hybrids have to be filed under “greenwash” – products that sound green but don’t actually deliver? Yes and no. The current crop of Toyotas, Lexuses and Hondas are designed to solve an American problem: how to improve fuel consumption in a country where diesel passenger cars are almost unknown?

In Europe, they are largely a solution looking for a problem. However, the saving grace of cars like the Prius is that they have been an excellent test-bed for hybrid drivetrains that integrate electric and petrol motors.

Early Prius models were clearly being sold at a loss, but Toyota insists that the Prius now makes a profit, thanks to economies of scale and greater manufacturing experience.

The problem with hybrids is that the nickel-cadmium batteries are pretty hopeless. However that problem is finally being solved.

The new generation of batteries offers the promise of driving up to 40 miles on battery power (that is 39.5 miles further than current hybrids) within five years.

At that point, hybrids start becoming a viable option even against diesels.

Indeed GM has said that its forthcoming Vauxhall/Chevrolet hybrid platform, due from late 2010, will not be available as a diesel-hybrid. The company says the combination of a small turbo-petrol engine plus lithium-ion batteries is so economical that a diesel hybrid would offer very little advantage.

Assuming that there are no more hold-ups, hybrids should finally be set to become part of the motoring mainstream.

So much money is now being thrown at lithium-ion batteries that it seems inconceivable that they will fail.

And if you wonder why it is taking so long, when notebooks have had lithium-ion batteries for years, the answer can be found on YouTube.

Do you remember those Sony-powered notebooks that spontaneously combusted? 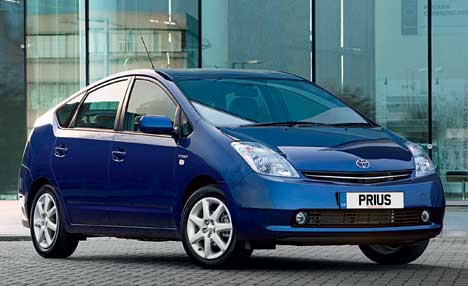