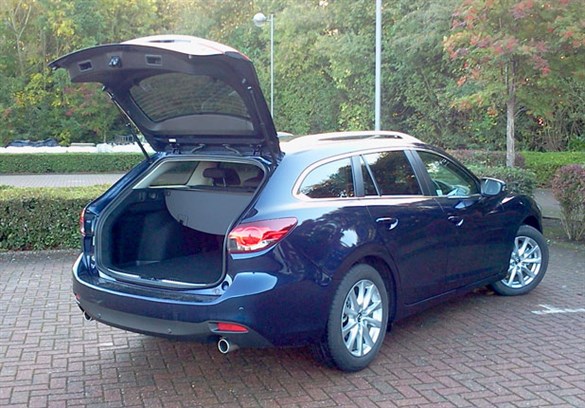 Mazda is on the up.

The timely release of the latest National Franchised Dealers’ Association Dealer Attitude Survey recording dealers’ views of their franchised portfolio in the last six months understandably displays a correlation between registrations and their value in the brand and its potential profitability.

Brand value is now higher than it has been since the summer 2008 DAS survey and likewise with dealers’ certainty of the Mazda franchise’s future profitability.

Actual profit return is showing a similar trend, but not as high as it was in the winter 2009/10 survey.

So, Skyactiv technology and its foundation in new cars such as the CX-5 and Mazda6 is proving a boon to dealers. The lean years of little new Mazda product have not seen customer migrate to competitors, never to return.

Approximately 2,500 Mazda6 Tourers have been registered since launch, in line with expectations, with a estate to saloon mix of 40:60. In 2013 more Mazda6 were sold in the retail segment than Mondeo and Avensis.

The Skyactic engine advances are front and centre in its appeal. So dealers push ‘fun to drive’, but with a combined fuel performance of up to 67.3mpg and emissions as a low as 110g.

Mazda says it always includes high levels of equipment as standard.  With minimal optional extras  customers should be confident in buying a car that has all the equipment they want without any extra cost.

And to top it all there is a zero deposit finance offer, with 0% finance which also includes £1,000 deposit contribution, establishing the Mazda6 as an attractive plate change proposition.

What your customers will read about the car

“The tailgate occasionally has trouble achieving closure. This is probably because, unlike the BMW 5-series GT tenet of making it weigh the same as a woolly mammoth, Mazda’s SkyActiv philosophy has made it light. So it needs shutting, rather than merely yelping clear of.” Carmagazine.co.uk

“The Mazda6 Tourer has plenty of interior space, a huge boot, generous standard kit and impressive fuel economy. It's also excellent on the motorway, but we felt it wasn't quite as fun on back roads as we were expecting. Nevertheless, this is a well-designed and good-value family car with a definite touch of style.” Expertsreviews.co.uk