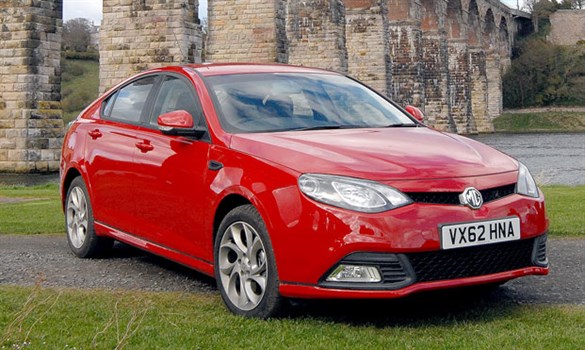 It has been almost five years since the MG brand returned to the UK with its resurrected MG TF roadster. Since then it has launched its first new model range, the MG6, on which it has relied to retain a small market presence ahead of the crucial introduction of its MG3 supermini this month.

To keep the MG6 fresh and attract company car fleets, MG introduced a turbodiesel engine to the range at the start of this year. Although developed and engineered in the UK, the 148bhp 1.8-litre is the first diesel engine from Shanghai Automotive, MG’s parent company. It comes with common-rail technology, a variable rate turbocharger and idling stop-start which helps bring its CO2 emissions down to 139g/km.

That’s still high for a modern turbodiesel with this level of performance – Mazda’s 150bhp Skyactiv unit emits just 108g/km and will save owners money in annual VED costs and overall depreciation. However, the MG6’s list price is almost £4,000 cheaper and it has a 15,000-mile service interval, 2,500 more than the Mazda. The SE specification car we tested had good equipment levels for its £18,195 list price and comfortably fit four adults, although the perceived quality of some of the materials used inside did not match up to rivals. Technology highlights included standard cruise control, hill hold, 17in alloys, reverse parking sensors, leather steering wheel and sat-nav.

The MG dealer network doesn’t have the easiest job in selling this car against more compelling rivals, but MG’s summer campaign of 20% discounts has helped and may even put it on the maybe list of used car buyers.

♦ In October's AM magazine: MG3 first drive car review – it proves to be a real contender. Subscribe to AM here.