Mitsubishi Outlander PHEV takes price out of the EV equation 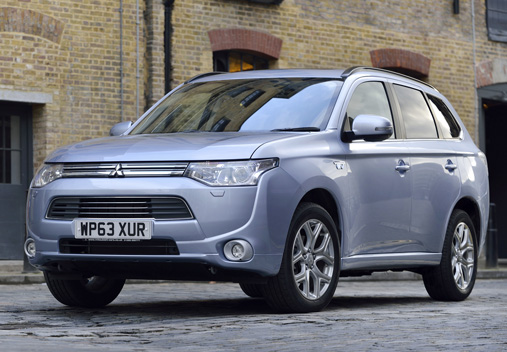 Price is one of the factors that has prevented electric vehicles and plug-in hybrid sales from really taking off, but what if you could offer a straight choice between a diesel or a plug-in hybrid?

Mitsubishi attracted massive investment from its Japanese headquarters to launch the Outlander PHEV with an aggressive strategy that matches the model on price against the equivalent trim diesel at £28,249 (with the help of the £5,000 plug-in car grant). The Volvo V60 plug-in hybrid is almost £45,000 and the Toyota Prius plug-in hybrid starts at £33,395. The Outlander PHEV undercuts the competition and can match or surpass them for features, practicality and technology.

Lance Bradley, Mitsubishi Motors in the UK managing director, described the launch as a game changer and while many manufacturers tend to indulge in a spot of hyperbole, the brand is backing it up with an increase in dealers from 100 to 130 before the end of this year.

Mitsubishi estimates 3,000 Outlander PHEV registrations this year, with fleets expected to take the majority. Based on current demand, that could rise to 7,000, according to Mitsubishi. It’s a lot of volume for dealers, representing 33% of Mitsubishi’s 2013 performance for passenger cars.

Mitsubishi is putting a big emphasis on qualifying customers correctly, acknowledging that the PHEV would be wrong for customers who commute more than 80 miles a day. Customers that do big mileage will be asked to consider the diesel, which works out as more efficient on regular trips beyond 80 miles. The message to drivers is simple – a 30-mile EV range, free home charge point, no congestion charge, no road tax, four-wheel drive and 44g/km CO2. The CO2 is particularly relevant for business customers as it qualifies the Outlander PHEV for a 5% benefit-in-kind and 100% write-down allowance in the first year of ownership.

AM used it in pure electric mode for 70% of the time during a seven-day period. It’s that 30% where the 2.0-litre petrol is a great cushion to have – for trips that push beyond the EV range or if you want to open it up on the motorway.

The Outlander PHEV is Mitsubishi’s most compelling model offer yet. The combination of driving enjoyment, price, equipment and technology make it a serious contender for any customer in the market for an SUV. Mitsubishi’s £20 million advertising budget and a return to television advertising should get bums on seats this year.