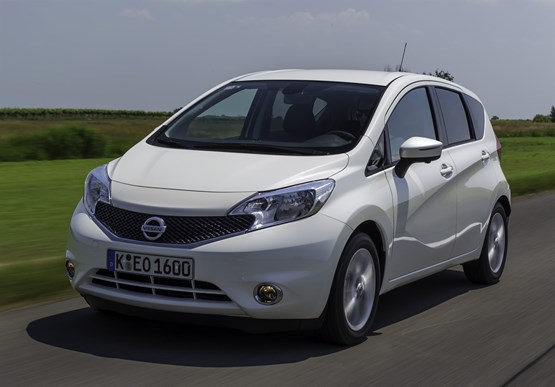 Nissan’s heavy-duty European launch for the second-generation Note, with 9,500 media, dealer staff, potential franchise holders and fleet prospects descending on Bratislava this summer, underlines this model’s importance to the brand and its retailer network.

Not due for sales release through 204 UK outlets until October, with orders starting off this month, the new Note carries great expectations for Nissan GB, which is predicting 20,000 annual sales.

Central to Nissan’s presentation was the repeated message that what we used to consider as a small MPV has, for reasons of marketing and volume aspirations, morphed into a mainstream B sector supermini, with Ford’s Fiesta listed as the target rival.

Not that you would know it from the same basic format as its predecessor; a high-roofed, five-door profile retaining the clever fore and aft sliding rear seats plus maximum van-like, floor to ceiling rear loading capacity approaching 2,000 litres.

Sales prospects coming through showroom doors will ultimately decide, but in many ways the new Note, built in Sunderland alongside Qashqai and Juke, which have previously eclipsed it, looks, feels and drives more like a Honda Jazz rival.

Sales staff should be able to concentrate more on its high-tech list of standard and optional features as the £11,900 to £16,950 range has not hiked prices dramatically on an equipment adjusted basis.

Corporate claims that new Note’s projected 70% conquest rate will include a fair chunk of down-sizers is strengthened by an impressive amount of front headroom and class leading rear legroom. That is courtesy of a long 4,100mm bumper-to-bumper measurement incorporating a wheelbase of 2,600mm.

Significantly for an erstwhile supermini, a new package of safety equipment comes to the Note first, under the Safety Shield banner, covering lane-departure alerts, and blind spot warnings via the mirrors while 360° monitoring of people, creatures or other vehicles involves a rear mounted wide angled camera.

Nissan’s boffins have considerately incorporated a wash and blow dry gizmo to keep the lens clean and functional, which sales people will presumably not demonstrate in showrooms.

Hard, plasticky surfaces abound and the interior lacks the class, soft surfaces and tactility of a Fiesta, Corsa, 208 or Polo although instrumentation and clustered central controls are ergonomically effective.

It's unmistakenly a Mini. But brand's familiar chunkiness may be a turn off for those looking for a sleek coupe.