Spyshot: Touareg plans to slim down 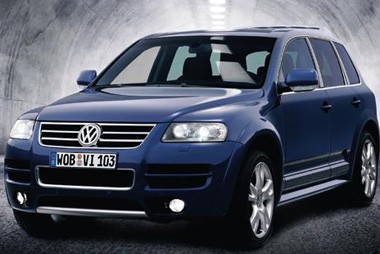 It might be two years away from showrooms, but we’ve already caught an early engineering prototype of the next Volkswagen Touareg – codenamed VW726 – on a shakedown test.

The exterior design will be refreshed (this mule outwardly looks like identikit Touareg 2008) but the new luxury SUV will also stick with today’s engineering package.

That means sharing the Porsche Cayenne/Audi Q7 platform, although the length and wheelbase will be stretched by around 50mm this time round.

Boot volume remains the same and VW hopes to liberate more rear legroom with a re-engineered back seat.

What can we expect of the finished styling of Touareg Mk2? We hear it’ll be a clean-looking, Bauhaus-inspired design, with a wedgier profile, more dynamic glasshouse and a broad-shouldered stance emphasised by flared wheel-arches and 19 or 20in wheels.

Look out also for some styling tips garnered from the current R50 sports version of the Touareg.

The big news of project VW726 is a considerably lighter kerbweight.

Although hardly svelte at around 2050kg, that engineering target is a handy 200kg lighter than today’s heavyweight.

Under the bonnet, the new Touareg switches to direct injection across the board. 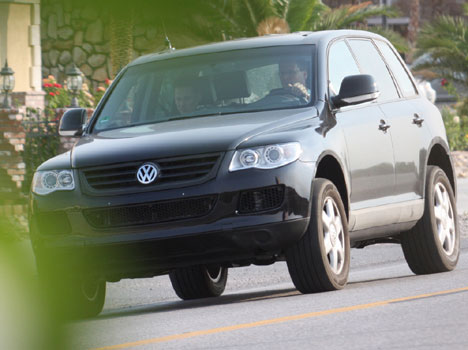