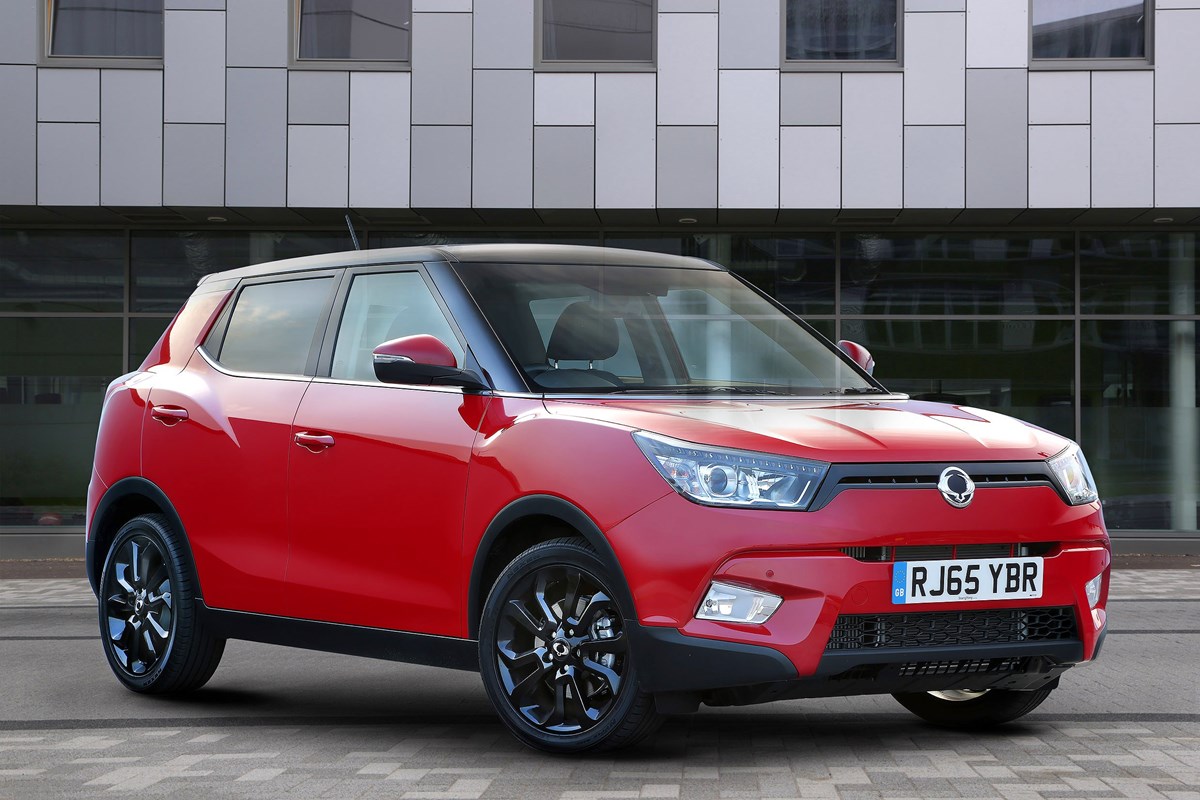 SsangYong chief executive Paul Williams describes the arrival of the B-segment Tivoli crossover this summer as “a pivotal moment” for the brand.

It’s the first new model since Korea’s oldest motor manufacturer was rescued by India’s Mahindra industrial group and joins the bigger Korando and Rexton SUVs and the Turismo MPV line-up.

The Korando and Turismo are currently the most popular, but Williams expects the Tivoli to account for 50% of sales next year, with total volume target increasing from 4,000 this year to 6,500 in 2016. That compares with fewer than 200 registrations when the company seemed to be heading for oblivion five years ago.

“A key objective for Tivoli is to build brand awareness, with consumers discovering what else we have to offer,” said Williams. Riding on that is a longer-term ambition for a market share of 3-4% in the 4x4 and crossover market. With B-segment crossovers accounting for 120,000 units, that could take Tivoli into the 4,000-plus bracket.

Williams said traffic through SsangYong’s revamped website has doubled since Tivoli’s launch in May, aided by a £1 million TV and digital promotion in June and July. That is being repeated in September, alongside the launch of a diesel version.

Meanwhile, the dealer network has continued to expand since the brand was “re-started” under its new owner with just 35 dealers. Currently totalling 52, it’s expected to end this year at 65 and hit 75 by the end of 2016.

SsangYong is especially keen to heighten its presence in Scotland, with open points in Edinburgh, Inverness, Dundee and Aberdeen. Other locations of interest include Derby, Nottingham and Bristol.

“London and the South East will be last on the list because of high start-up costs,” said Williams. “It’s a case of establishing a presence in the North before migrating south.”

For potential franchise holders, attractions include relatively low entry costs – typically from about £15,000 - and high ‘off-invoice’ and retained margins.

What’s expected in return – above location or facilities – is “commitment, an entrepreneurial streak and a can-do attitude”.

“SsangYong makes a good fit for used car dealers to take on as opposed to being put beside a number of other franchises,” said Williams.

The Tivoli, priced from £12,950 and with the option of 4WD or 2WD, enters one of the fastest-growing segments, competing against the likes of the Vauxhall Mokka and Nissan Juke. It will be followed by new versions of the Korando and Rexton as part of a programme that will see the arrival of a fresh model each year until 2020.

“Market growth will be built on the SsangYong name as a specialist provider of SUVs and crossovers,” said Williams. “We want to get as much leverage as possible from the fact that Korean brands are held in high regard, but with rivals moving more upmarket, our products are 20% cheaper, so we have very strong cards to play on price and spec.”

That means showing its hand not so much in the showroom – “the days when customers could be relied on to visit you are long gone,” said Williams – but in the field. Ssangyong organises regular appearance at county shows, caravan rallies (Korando was named the Caravan’s Club’s towcar of the year in 2014) and anywhere else where consumers could be tempted into lifestyle vehicles at a budget price.

Northern Ireland’s SERE Motors views SsangYong as a natural replacement for its previous franchise, Chevrolet. “It has the same no-nonsense approach to brand value, with a quality build at a competitive price,” said managing director Stanley Edgar.

With showrooms and used car supermarkets in Belfast and Lisburn, the family-run business reports that SsangYong sales have grown by 680% since it took over the franchise from four other dealers last September.

He compared SsangYong with Škoda’s renaissance: “The reality of driving one beats expectations”.

“SsangYong has a no-nonsense approach to brand value, with a quality build at a competitive price”Stanley Edgar, managing director, SERE Motors

“It’s still early days,” said Edgar. “No one wakes up in the morning and says ‘I want a SsangYong’, because it doesn’t have the exposure, but if they’re looking for a seven-seater MPV with luggage space, the Turismo fits the bill nicely, followed by the Rexton.”

Edgar said gross margin on a new Rexton was about £2,500 plus bonus, which, unusually for the trade, made it as profitable as a similarly priced used car. “We have customers who are thinking of buying something used in another brand and changing their mind after seeing they can get a new SsangYong with a five-year warranty.”

One of the disadvantages of consumer unfamiliarity with the brand, said Edgar, is the need for more marketing spend – up from £160 to £180 per unit to between £400 and £500. While it may be reassuring for owners, another downside is lack of warranty claims: “However, workshop business should improve with the customer retention that comes with the five-year cover.”