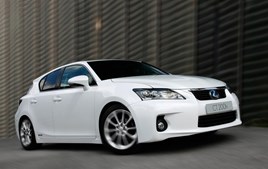 Japanese brands continued to dominated the What Car? reliability survey, with the Toyota Aygo, Honda Jazz and Lexus CT200h all scoring top marks.

More than 14,000 motorists with cars up to three years old aged contributed to the annual survey which revealed that, of the 10 most reliable brands, six were Japanese marques.

Lexus topped the tables as five out of the 10 vehicle segments subject to the survey were also manufactured by Japanese brands.

In the city car, small car and family car categories, plaudits went to the Toyota Aygo, Honda Jazz and Lexus CT200h, which were reported to be fault-free by owners.

The only other car to achieve this 100% score was the Audi A3 saloon.

Mitsubishi’s Outlander topped the burgeoning large SUV class for dependability with a 91.2% score, while the Nissan Leaf has proven to be a reliable way to travel using electricity; its 93.9% reliability rating makes it the most trustworthy EV. 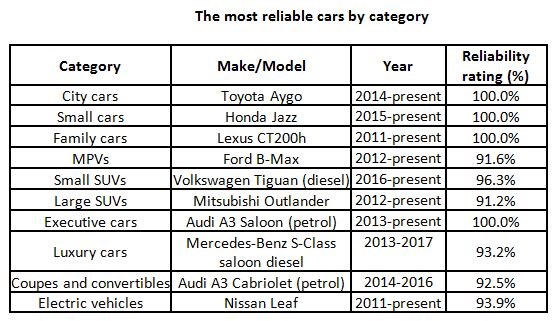 Steve Huntingford, editor at What Car? said: “Japanese brands continue to lead by example when it comes to reliability; the breadth of vehicles with near-faultless scores highlights the engineering prowess of Far Eastern manufacturers.

“It is also encouraging to see that German car manufacturers are backing up their reputation for quality with strong reliability scores.

“It goes to show that the old adage that cars are getting more complicated and harder to fix needn’t be an anxiety – as long as consumers choose the most reliable model they’ll be able to enjoy the benefits of the latest technology without the fear of their car letting them down.”

German models proved to be the biggest challengers to the Japanese, with the Volkswagen Tiguan diesel, Audi A3 saloon and Audi A3 Cabriolet all taking gold in their respective categories.

Overall, 30% of the 14,208 participants revealed they had experienced a fault with their car in the last 12 months.

The full What Car? list of most reliable car brands, according to its respondents, were as follows: