Was this article useful?
6 people found this useful
6 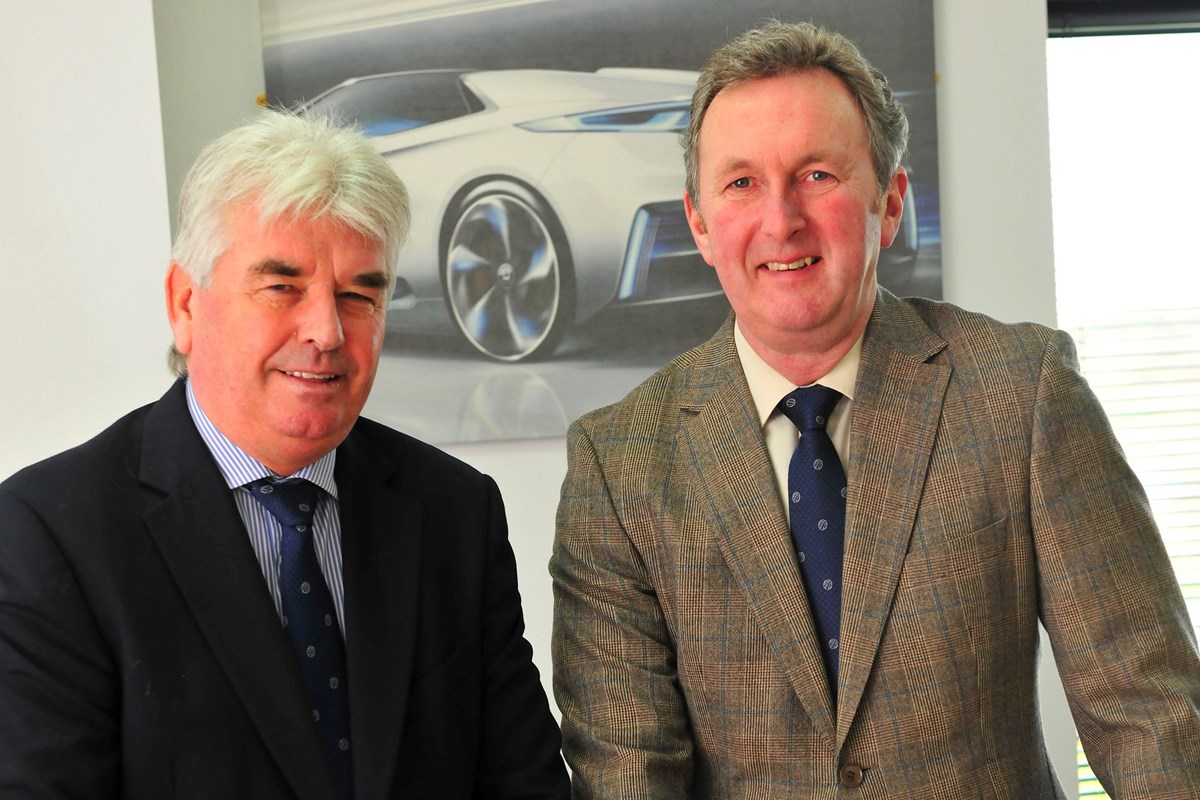 Confronted with the cyclical nature of motor retail’s fortunes, the strongest dealer group leaders share the ability to take a step back, take a broader view and quickly recognise when a strategy isn’t paying off.

Most motor retailers were tested on this ability when the last recession hit in 2008-2009, demanding a rapid reconsideration of the cost base, business opportunities and short-term strategy.

Harratts Group, a family-owned multi-site motor retailer based in West Yorkshire, weathered the storm well. Even in 2008, with 11 businesses and holding franchises for Volvo, Nissan, Renault, Peugeot and Mitsubishi, it remained in the black, with £202,000 profit before tax, unlike many others among the AM100 largest dealer groups. In 2009 and 2010, it drove profits back above the £1 million mark. Turnover reached £180m and it expanded, adding more Nissan and Peugeot businesses and starting new relationships with Honda and Kia.

Managing director Shaun Harratt said: “If you go back to the scrappage campaign, we had a fantastic time. When some other groups started to struggle, we were having our record years. We’d evolved as a family business and ended up with a structure that sort of provided individual managers with their own little fiefdoms.”

However, then came many sleepless nights for the Harratt family.

Once the scrappage years were over, the wider economic situation did not rapidly improve. Harratt realised the structure of the business was unable to cope with the changes in motor retail.

Just as critically, several of its carmaker partners had uncompetitive model ranges and were in retreat nationally. Renault’s market share reached a low of 2%, Volvo had been sold to Geely and its share was hovering just above 1.5%, and Mitsubishi was importing as few cars as possible from Japan due to the unfavourable exchange rates, so its share slipped below 0.5%.

Honda, one of Harratt’s new additions, had to endure those same exchange rates plus a production decline due to Japanese parts suppliers being hit by the 2011 tsunami and research and development cuts leaving dealers with no small diesel engine.

“One thing I’ve learned is you can’t cut cost to return to profitability in this job. You have to sell things, because the fixed costs are very high” Shaun Harratt, managing director, Harratts Group

Shaun Harratt said up to this point the family board – himself plus his parents, Derek and Stella, who founded the business in 1966 and now serve as chairman and finance director respectively – met quite informally. The family tried to turn the business around by restructuring it to operate more like process-driven PLCs, but that didn’t work and actually cost the group some good people.

The family invited former HSBC executive Wayne Bowser to join the group as a non-executive director in mid-2013 and he formalised the board and helped to develop a robust strategy for recovery.

Harratt said some of the group’s funders were getting nervous by then, “so with our accountants and advisers we made a decision to strategically become a smaller business, based around Wakefield as our core”.

“From that, we started talking to our manufacturers and our funders about our plan to downsize.

“There was a lot of to-ing and fro-ing. But the manufacturers are pragmatic – essentially they want people who can make profit, have good CSI, can meet targets and will invest in facilities.”

That strategy has led Harratts to close its only Peugeot showroom, in Leeds, and sell its joint Volvo and Nissan site in Sheffield to Vertu Motors. It also sold its Huddersfield Volvo dealership to Clive Brook in 2015. That has left it with Volvo, Nissan, Renault, Kia and Honda at Wakefield, Mitsubishi at Barnsley, Nissan at Pontefract and Volvo at Leeds.

The new strategy also resulted in the appointment of chartered accountant and former SMC Group operations director Craig Fraser as group operations director in August 2014. Fraser said: “I’ve seen all the manufacturers be very supportive to Shaun and the family, which is a sign of the rapport they have, because in a difficult situation manufacturers can be fickle. Their key message has been that they’ll support Harratts, but they need to see improvements, and now they are a lot happier.”

“The sales process wasn’t as consistent as we wanted it to be. Nothing can beat training in driving that home” Craig Fraser, group operations director, Harratts

By December 2014, the losses were reducing, Harratt and Fraser were not occupied by any negotiations with manufacturers nor putting more businesses up for sale. They were back in control of the business, making strategic and tactical decisions that would contribute to its recovery.

One crucial decision was Fraser’s implementation of daily operating controls. The management needed to be able to measure each dealership’s achievements against target so that it could react more quickly to problems. Previously, performance was managed when the board got the accounts, up to six weeks after the event, said Harratt.

The group introduced Dealerweb’s showroom system and internally developed a system based on Google Drive allowing every location to see it.

The benefit, said Fraser, is that pulling a sales team or aftersales team together to review performance is very motivational.

“It’s been a culture change. In the past they maybe felt a bit vulnerable being called in, thinking they’re going to get a hard time. Now that performance is fed back to them in real time, they feel quite comfortable to come in to see Shaun and I for a chat. If some of them have fallen behind, we’ll give them a workshop and some training.

“There’s time to fix the little problems before they turn into big ones. There’s the odd exception, but I’d say 95% of our people actually enjoy that style of management. Often, the next month, we see performance shoot up.”

Harratt confessed that having the real-time performance  to hand “is a drug” and he checks it every hour on a Sunday through his Apple TV. “Sometimes I’ll just sit and look at it for half-an-hour to watch a few deals come on, and if there are none coming on you wonder what’s going on.”

Alongside the controls has come extra focus on the people in the business. Consultant and trainer Elaine Ashworth, who previously headed the Peter Vardy Academy, is working with Harratts on team organisation, people initiatives and service. Another consultancy, Get The Edge, has developed a three-day, off-site training course for the group’s salespeople and general sales managers and is supporting it with coaching.

Fraser said: “We identified fairly early on that the sales process wasn’t as consistent as we wanted it to be, and nothing can beat training in driving that home.” Get The Edge is also helping Harratts with an emerging leaders programme, from which two of the eight participants have already been promoted.

“We thought we were in danger of losing some really good people if we don’t keep developing them, and we want them to feel wanted and having a chance of a promotion in the longer term. That’s one of the challenges for a family company of this size,” he added.

Harratt said that after the pain of 2013 and 2014, the group is now attracting good people back. In some of its dealerships, it has doubled the salesforce.

“The focus has been on people motivation. We enjoy our job and that’s what we get across to others. If we create the environment for everybody to come in and drive the result, we’re going to win. I think maybe that was what was missing before, that drive.”

With the help of Rhino Events, Harratts holds regular tactical sales campaigns, such as VIP events and used car ‘privilege discount’ weekends, to top up the motivation, with prizes on offer for deals made. These are planned well in advance and signalled to customers through direct mailings and advertising. The events start internally a week before, with salespeople tasked with prospecting for appointments and a league charting each individual’s success.

Harratts is also rolling out a new phone system from Avaya,  which will take any call to Harratts into the call centre at head office, so the business can be confident that every enquiry is entered into its Dealerweb system. It has also invested in an i-Control system to improve its used car marketing and stock turn and CitNow videos for sales and service.

“One thing I’ve learned is you can’t cut cost to return to profitability in this job. You have to sell things, because the fixed costs are very high,” said Harratt.

“Now our objective is to have enough resource in the business to sell enough cars to get to target at the end of the month, rather than having to panic and make the wrong decisions such as pre-registering lots of cars.”

Such decisions could set back Harratts’ recovery significantly and that’s a risk it can’t take. While it should have achieved a profit in 2015 – its accounts showed a £127,216 profit before tax by the end of the third quarter–there is not yet a great deal of daylight between the group and breakeven point.

Fraser and Harratt are confident more profits will come, however. Certain sites still need to reach break-even, aftersales will get more attention in 2016 and revenue streams the group backed away from during its cost-cutting, such as trade parts, will be reintroduced. Harratts will also launch a new website and hold a campaign to mark its 50th year of trading.

So where should Harratts be in three to five years’ time? “Profitable and with as little debt as possible,” said Harratt. “The size of the business is much more containable now we’ve gone from 12 sites to eight sites. We’re still a reasonable-sized group and we could probably get around all the sites in a day now.”

For the Harratt family, those sleepless nights seem to be in the past.