Are car retail’s new FCA regulations having the desired effect?

Six months on from the introduction of new Financial Conduct Authority (FCA) regulations, automotive retailers should be starting to see an impact on average commission levels as they adapt to a new way of working.

As of January 28, the FCA introduced a ban on all discretionary commission (DiC) models in motor finance, forcing the industry to introduce alternatives like risk-based pricing or fixed rates of commission.

The FCA wanted to stamp out the type of finance commission where brokers or retailers were rewarded for charging consumers higher rates.

When these rules were announced in July 2020, the FCA said it wanted to see a £165m saving for customers. This figure would be found as a result of the lowering of commission rates across the board.

However, Alphera national head of sales Kirk Franks says there has not been a major impact. 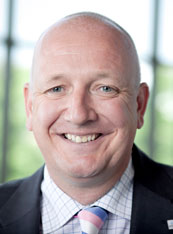 Franks tells AM: “We’ve had conversations with some partners that were worried about finance penetration, but they’ve either held or improved. Customers understand it, dealer staff understand it and from the anecdotal feedback I’ve had, I’ve had no qualms or potential issues as a result of the ban on DiC. This change has been slight and it’s not caused problems for the customer journey either.”

The ideal outcome for the FCA and customers is to see commission levels reduced, but for dealers that needs to coincide with total volumes increasing to make up for any loss in earnings.

This has been the case at MotoNovo on used car finance, which introduced its risk-based pricing “MotoRate” in July 2020.

Risk-based pricing is a method that lenders can use to determine interest rates for car finance based on the applicant’s creditworthiness and risk. If a customer has a good credit rating they get a better percentage APR. If poor, the APR percentage goes up.

Dealers using MotoRate have seen a 16% increase in acceptance levels for finance proposals under the new way of working, compared with the previous pricing model.

This increase is in contrast to Finance and Leasing Association (FLA) data that shows used car finance volumes dropped by 15% in Q1 2021. 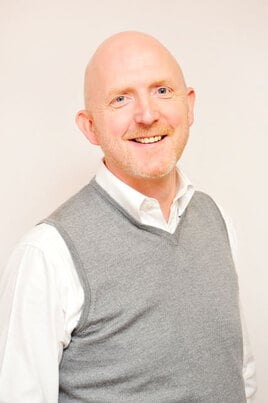 “The performance gain is primarily linked to dealers’ newly-established capacity to meet the finance needs of higher quality customers with a competitive rate.

“The model provides more reasons for more customers to choose a car and finance from a dealer and it creates good outcomes for everyone involved.”

Operationally, Franks says the changes FCA has introduced have not had a negative impact on the customer journey.

Alphera already had quite a few dealer group customers that were working to a fixed rate of commission structure, so there was a history there for them to draw on with new partners moving to the new way of working.

Franks adds: “Where we had partners that were a little bit wary of the changes, we could point to the fact we had already been doing it and it hadn’t harmed, but improved, business processes due to the increased level of transparency for customers.

“It was a hell of a lot of work for the internal team to get the changes sorted, but it’s been going well since.

“We consulted and had early discussions to make sure dealers had their processes and procedures amended and ready to go.

“We staggered the roll-out so we already had a lot of groups on the one-rate system in the lead up to the end of January.”

Another area of change from January 28 was the fact dealers must “prominently” disclose the fact they are receiving a commission for arranging finance.

This prompted fears that customers would start asking more questions about the level of commission being made per deal.

Franks says: “We are not having feedback to us that there are a huge number of customers asking about commission disclosure.

“There were some retailers that had been asked by customers about it, but that was only around the time it was announced.

“Since then, it’s not caused any problems.”

Franks says the changes around commission disclosure have not been “onerous” and there have only needed to be tweaks, rather than an entire rewrite of the sales process. 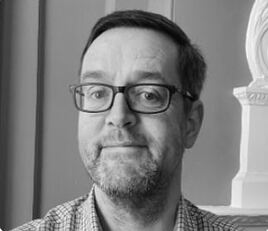 Lawgistics legal advisor John McDougall raised the point that some of the firm’s dealer customers have been contacted by solicitors since January 28 after intimating that historical finance agreements have been mis-sold and customers are not being made aware of finance commission.

McDougall says: “Letters are being sent to our members requesting they divulge confidential information about commission that was not requested by the customer at the appropriate time.

“We have noticed that this has caused confusion with several of our members.”

McDougall said that as with most FCA rules and guidance, it has not been prescriptive as to what retailers should and should not do with regards to commission disclosure, so the changes are “very subjective”.

He says: “Displaying commission disclosure prominently for one member may be totally different to another.

“A franchised dealer with numerous manufacturers’ finance houses compared with an independent dealer using only a couple of lenders, may do things totally differently.”

The FCA’s own guidance states: “A firm must pay due regard to the information needs of its clients, and communicate information to them in a way which is clear, fair and not misleading.”

McDougall adds: “Don’t forget that the lender has a responsibility in this area to take reasonable steps to ensure that other persons acting on its behalf comply with the FCA regulations.”

From September this year, the FCA will carry out point-of-sale mystery shopping exercises to measure lenders’ control over dealer networks and ensure compliance.

From this point onwards the FCA will gather evidence to determine whether its measures are acting in the way it envisioned to save that £165m a year.

Franks says: “Our compliance monitoring team works to ensure that all staff understand the rules, completing regular compliance health checks and analysing reports to make sure our ‘one rate, one commission’ model is being adhered to.” 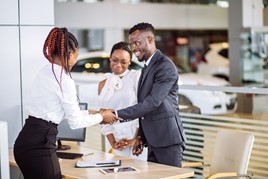 Alphera recently launched an online finance and insurance training programme, named ‘Funding Essential Skills’, to act as a refresher course for new employees or F&I sales specialists returning to work after furlough who may not have been introduced to the new commission model.

Franks adds: “Teething problems are to be expected with any significant industry change, but we are making sure our partners are well equipped to manage any potential issues.

“Alongside the compliance health checks, we are working to make sure that any minor issues are picked up and addressed before the FCA’s reviews begin.”

One dealer group boss who preferred not to be named, says there has been an impact on average commission income, but this has been made up for by the fact there has been greater finance volumes going through.

However, the boss did express concern that if it’s found to be that dealers’ finance incomes are not drastically changing, or that the new FCA rules are not creating a hugely positive impact for consumers, there could be further changes ahead.

The boss says: “The FCA is looking for average commissions to drop by millions of pounds each year and the easiest way to find that out is to ask each of the finance houses for their figures.

“I think September will likely focus on the details of the finance promotion itself and how commission disclosure is handled. If the FCA doesn’t think the measures have worked, the industry will be faced with full disclosure during the sales process.”