F&I: PCP 'crisis' is overblown, but dealers still have work to do on compliance 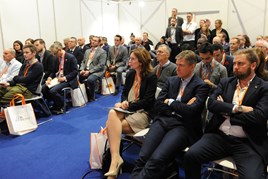 Reports into a PCP-prompted crisis in motor finance may be the result of a media “clutching at straws to get a story”, but there is still work to be done to ensure retailers remain compliant.

Andrew Smith, consumer credit director at FCA compliance consultancy Compliancy Services, told delegates at Automotive Management Live that while regulators had suggested the sector is more robust than expected, retailers need to be more conscientious than ever to avoid the consequences of mis-selling.

Presenting his F&I seminar at the event’s Insight Theatre, Smith said: “The FCA recently said that they don’t see the risk as being as high in motor finance as they originally perceived. That goes on to support what I presently believe, that the press really are clutching at straws to get a story. Largely the reports are inaccurate, the terminology is wrong and the figures just don’t stack up.”

Smith said mortgages, insurance and investment companies had been regulated for “a very long time” and were still going through similar regulation scrutiny and evolution to the motor finance sector, adding: “The key is to look 12 to 18 months ahead and not rest on your laurels.”

The findings of an FCA review into the motor finance sector are likely to be published in Q2 of this year, according to Smith, but many of the actions that car dealers would have to keep a close eye on had already been made clear in documents published by the body.

He said it remains the case that there is no substitute for documentary proof of a customers’ understanding of every step of their finance journey.

Highlighting two recent cases that reached the Financial Ombudsman Service (FOS), Smith spoke of one customer who argued that they were not aware of the terms of their PCP mileage agreement. The FOS upheld the complaint – resulting in a £600 settlement – after documentation showed the mileage agreement had not been signed.

In a separate complaint, however, a customer successfully argued that they had not been aware of the agreement despite having signed the form.

The case resulted in the refund of a PCP agreement deposit and repayment of 8% interest accrued during the period the finance was in place.

Smith said: “I’m not saying that I agree with it, but this is a real case that was upheld and it is there to see, published on the Finance Ombudsman’s website.

“This really does underline (the FCA’s) thinking and the lengths that have to be gone to in order to ensure customers are made aware of the contract they are entering into every step of the way.”

Smith said one instance of good practice was demonstrated by a car retailer who emailed finance agreements to customers to read through and consider before signing, leaving an evidence trail.

He also said dealers responding to Motor Ombudsman complaints must be conscious of the documentary evidence they hand over.

Large, disorganised files are likely to result in upheld complaints, he said, as retailers should not place an onus on the authority to sift through documents to prove their case.

“A piece of work I recently undertook with a major banking group saw the cleaning up of the files they handed to the Financial Ombudsman to evidence their side of a complaint case resulted in a 50% reduction in successful claims,” he said.

Smith showed data from the FLA that indicated a clear rise in the volume of motor finance from 2011, adding that while its worth currently stood at around £30 billion it had been estimated to rise to £40bn to £50bn by 2020/21.

He said: “That’s a significant increase, hence the fact that we need to be sure that we’re dotting all our ‘i’s and crossing all our ‘t’s, preventing unwanted attention from the media and claim management companies looking for something to go after following the end of the PPI deadline.”

Considering what the FCA will be looking at to ensure lending is being carried out in a responsible fashion, Smith said affordability checks and the relationships between finance providers and retailers – commissions, in particular – would be key.

Those offering finance need to be sure they ask themselves whether there could be any conflicts of interest arising from commission arrangements between them and the lender and, if so, how is that managed to avoid harm to customers.

He warned: “We are coming across situations where the IAR is actually producing quotations, completing fact-finds and sending fully packaged cases through to their broker.

“This poses a significant risk. If that customer complains and it’s identified that the introduction was made incorrectly, that credit agreement could be ruled unenforceable and the funder may not be able to recover that debt.”

The process of shifting car retailing to ‘truly online’ is complex, according to James Tew, iVendi’s chief executive.

He advised dealerships not to rely on online sales, but instead try to implement an ‘omni-channel’ style of selling.

“We want to evolve online sales so the consumer can do the majority online, before completing the handover in the showroom. It is not a seismic shift.”

There are still some grey areas around how certain processes will transition from face-to-face to online, such as the selling of add-ons, financial products and trade-in deals.

“We need to be able to give instant decisions back to the consumer to take them off the market. The ability to have two-way deal-making and negotiations is key,” said Tew.

However, he remains optimistic that technology will advance and that ‘fence-sitters’ will be left behind.

“Are you an early adopter or a fence-sitter? You must make the choice. If you don’t adapt some of these processes, then the consumer will migrate to other solutions.

“The technology may be holding you back today, but everything else is geared up for dealers to retail online.”