How to pick a future leader 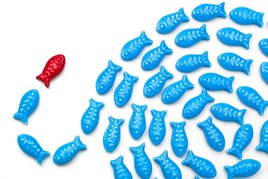 A dealer group’s future leader may already be working within the business, but it’s up to the current managers and directors to identify those with the potential to go further.

Part of that process is looking beyond the traditional route to management the industry tends to follow.

Carl Gregory, RTS Group account director, believes most dealers are locked in to a career path weighted towards the sales department, with sales executives moving up to sales manager and then to dealer principal.

He said: “Dealers need to be casting their net much wider than just looking at the sales department. There can be future leaders at all levels of the business.

“I think a lot of dealers can get hung up on length of service or promoting people because it’s expected. I’ve seen some staff at very different stages of their career that could become great leaders of the future, but it’s often the sheep that play the politics game, that don’t speak out or challenge that get promoted.”

Both Gregory and Gordon Roscoe, Blue Water Partnership senior partner, believe it can be difficult to pick out future leaders because the line between management (of individuals) and leadership (managing a team of managers) is often blurred.

Roscoe said: “For some managers, that step up to dealer principal can be a big shock. We find that the last thing a lot of DPs will do is put their hand up after that sort of promotion and ask for help in areas where they are lacking.”

Roscoe believes ego may play a part, but there may also be the worry that in a competitive industry driven by targets, someone else will step in if it appears skills are lacking.

Nas Khan, Jennings Motor Group managing director, said: “We always want to promote from within. Each of my managers will track people they think have got that spark. That might be someone that’s been working at the business for a while or someone that’s started as a technician and has only done three weeks.”

Khan acknowledged that his promotion decisions are always based in part on a gut feeling.

“You build from that initial spark to add more responsibility for that person to prepare them for that step up. Don’t discount anyone from any department because there could be a future star there,” he said.

Roscoe and Gregory agreed that the industry lacks leaders who have worked in aftersales. Understanding both sides of the business will help future leaders to communicate and empathise with employees.

Gregory said: “You can have some very good operational managers, but they might not be a great leader. Leaders are very people-focused, rather than just being operationally focused.”

“One-to-one training means you can be much more targeted with how you develop people to take a person’s natural strengths and help them in areas they are lacking.

“I think there are some leadership courses that are available out there and it can be a bit of a ‘sheep dip’ situation where dealers think they can put a group of managers on a course and they will be spat out as natural born leaders.”

Gregory said another way to test future leaders is to ask staff that will be working for them what they think and to find out what they want them to deliver.

Companies have been using 360-degree feedback for years with a structured process for gaining feedback from employee’s subordinates, peers and supervisors, as well as a self-evaluation by the employee.

Personality tests can be used as an “interesting indicator”, but Roscoe said it only forms one piece of the puzzle.

Gregory said dealers interested in behavioural testing need to put a profile together of the sort of traits they are looking for from individuals and also from teams to try and match the two.

Roscoe said the motor retail industry does not tend to give employees trials in positions of increased responsibility – such as “acting dealer principal” – but it’s something that should happen more often.

He said dealer groups can give employees more responsibility in the form of a specific project and then judge the results to determine how they rise to the challenge.

Gregory said: “Giving staff more specific projects to work on could be a good way of testing their leadership skills before fully promoting someone.”