Is there a crash on the way in used car values? 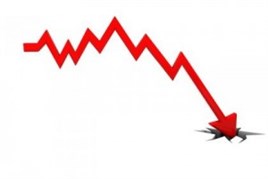 The recession and its consequent downturn in the UK’s new car market has led to six years of growth in used car values and strong profits for many franchised dealers. However, as many motor retailers have told AM they fear this boom may turn into a crash, we asked experts in remarketing and valuations for their views on where the market may be heading in the next 18 months. 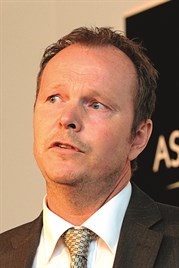 We have enjoyed an excellent run of success again this year as the used car has continued to perform well against the new market.

We all know prices have remained strong for a very long time with plenty of demand. Easter is usually a period when we see the market slow down, but, unlike previous years, this did not happen.

However, in mid-April things are taking a sudden turn for the worse, as the volume of used cars created by record March registrations starts to have an impact. Suddenly, our premises are full of nice part-exchange cars for auction, but the buyers have plenty of stock as the consumers choose to go on holiday, enjoy the bank holiday sunshine or have come to recognise that the incredible offers from vehicle manufacturers are tempting them to buy new.

Also, once manufacturers have finished supplying the public, they will be in touch with rental and fleet/leasing operators with even more tempting offers that will drive more used vehicles into an already oversaturated market.

We have witnessed a surreal used car market for some time and I believe we are in for a return to normality, whereby on a monthly basis, used cars depreciate. The recent run of new car sales – including a record March – and the large supply of used vehicles this will generate must create a downward trend in values.

Are we in for a crash in values? I don’t think so, but a serious realisation must happen and price guide companies must look at the manufacturers’ offerings and how these will impact not only individual models, but the future of used car values in the short and long term.

Not a crash, but a bumpy ride for sure while we get used to normality once again. 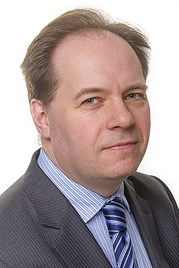 Since the market crashed in 2008 and then recovered as quickly in 2009, we have witnessed several years of relatively flat year-on-year used car depreciation, although we are slowly returning to a more normal pattern.

For instance, in 2012, values dropped by just 7.8% overall for the year, compared with a long-term average of -14.5% (excluding 2008 and 2009). In 2013 and 2014, this extended to -11.3% for both full years, but was still fairly benign. Our forecast for 2015 is that the overall drop in values will extend to -15.3%, close to the average annual movement and featuring a modest (relative) recovery in the coming weeks, following significant used value reductions through December and January.

From a retail perspective, concerns have been expressed regarding the increases in new car registrations, driven by the heavily supported manufacturer PCP offerings. However, the rate of retail registration growth has slowed since the peak in 2014 and remained below levels seen before the financial crisis. The most aware dealers are working hard at retaining people by maintaining regular contact and more often than not, getting customers back in before their PCPs’ full terms are up. The average retention rate seems to currently be running at about 40%. A resumption of business in mainland Europe is likely to lead to a reduction in the levels of support offered to UK dealers, but well managed PCP schemes will remain viable, especially when combined with used car offerings.

Fleet volumes have been increasing steadily as business confidence grows and we expect demand for used cars from this sector to remain healthy for the foreseeable future. There has always been a place in the market for the ‘typical’ fleet car, as they offer a good choice of well maintained, sensibly priced stock that fulfils the needs of both franchised and non-franchised dealers. 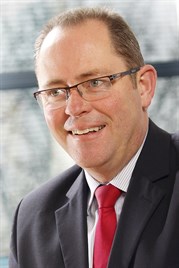 The used car market in the UK in the next 18 months will be a varied and challenging space. This comes as a direct result of the increase in vehicle registrations as the UK economy came out of recession in 2010. The boost in used car volume from defleet activity from the leasing companies, coupled with the increase in part-exchanges from a heavily pressured new car market is enough to necessitate a change to remarketing strategies for both the leasing and contract hire industry as well as the dealer part-exchange business during the latter part of 2015, but there are also econometric factors that will add complications.

With the general election so close and a change in the format of the Government likely, the key to the used car market will lie in the retail buyer. Consumer confidence will be key as we head into the third and fourth quarter, which is when the volume of contract hire and leasing cars specifically is set to increase. It is also in the third quarter that the new governing party or coalition is likely to implement new austerity measures and that may well dent used car buyer demand and hence put downward pressure on used car values.

Once into 2016, used value pressure will persist as contract hire and leasing stock volumes continue to increase and it will become a trade buyers’ market. 2016 will also begin to see an increase in the volume of PCP scheme returns as lower-mileage, generally smaller cars begin to flow back at the end of contract. This volume will be exacerbated by the continued need to sell new cars and the resulting forced early change of PCP contracts by the manufacturers putting customers into new cars earlier. Combine this pressure and increase in volume of 18-month to 30-month-old cars with the increase in volume of 36- to 48-month-old fleet cars, factor in the anticipated interest rate increase and the shape of the used car market will probably change fairly significantly during 2016.