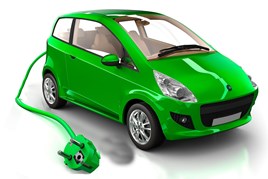 Alternative fuel vehicles (AFVs) have been available for almost two decades, but have now reached more than 3% of the UK’s new car market. The growth in AFV registrations (53,902 in the first eight months of this year) is also significant – up 22% over the same period in 2015.

That market share is only likely to increase, now the majority of car brands have AFVs in their ranges. Motorists can pick from almost three dozen electrically powered or assisted

From showroom to classroom

Dealers offering AFVs are often re-educating the consumer, who has become accustomed to covering more than 400 miles between weekly fill-ups, convincing them that they can change their driving habits, save money and reduce their impact on the environment.

■ Taxation benefits are very important to business users and company owners. Use the Fleet News Car Cost Calculator (www.fleetnews.co.uk/costs/) or Comcar.co.uk to compare savings with others on their consideration list.

■ Provide driving tips, because prospective buyers need to understand that their driving style may need to change if they expect to achieve optimal fuel economy.

■ Appraise and value part-exchange hybrids and EVs carefully, as the trade still views older, used AFVs cautiously and prices them as such.

■ Prospective buyers must be advised about the network of 3,700 public charging points locations across the UK.

The average UK motorist drives 32 miles a day, according to the Office for National Statistics, so the fear of being left stranded in a pure EV is not generally borne out by reality. Studies of EV usage have shown the majority of charging is done at home or at a workplace.

Robert Tweedie, former EV category manager and now fleet sales director at Nissan Motor GB, said: “Our network has now been selling electric cars for five years and that experience comes through in an efficiency of sales process and its engagement with the Leaf.”

In that time, he said dealers have learned that the Leaf is a product that can be accessible to all. Where customers become aware of and understand its advantages, he said, it becomes a rational choice and they make the product work in their lifestyles.

Tweedie believes the key is ensuring the Leaf is the right fit for the customer. To achieve this, sales staff on site must properly qualify the prospective buyer to find out their daily mileage and whether they have off-street parking where a charger could be installed, he said. Interested customers can book a four-day test drive from their local Nissan dealership.

Dealers also carry out workplace promotion, taking Nissan’s electric vehicles out to businesses and demonstrating how they can benefit them. Nissan GB provides centralised support for this, through marketing materials and presentations.

Nathan Tomlinson, managing director of Mitsubishi dealership Devonshire Motors, said the sales process for hybrids and other AFVs needs to be different to that used for normal vehicles.

“The length of time from enquiry to sale is much longer with a hybrid vehicle – mainly due to a much more comprehensive sales process, but also because it’s important that customers take their time to assimilate all the information and make a fully informed decision.

“Hybrid technology provides some outstanding benefits, but we have to be very careful to understand the customer’s intended use and make sure that a hybrid is the best option for them.”

The critical factors in recommending the Outlander PHEV, said Tomlinson, are that the customer’s daily usage will be below 100 miles and they have off-road parking suitable for installation of a charging point.

Multiple test drives and visits are very common as people introduce themselves to the concept of plug-in hybrids, go away to think about it and then come back to try out different scenarios, said Tomlinson.

“If customers experience the car for longer, it builds a connection with the dealer Ewan Shepherd, Lexus UK

Tomlinson said the handover of a high-spec hybrid to a first-time buyer can be anything up to two hours long, with driving and charging tips, familiarisation and running through specific points such as the smartphone app, which lets users preheat the vehicle and set charging timers. To avoid information overload, Devonshire Motors also invites them back after a few days and again after a month for re-familiarisation sessions as required.

The market leader for hybrid sales is Toyota GB, and its president and managing director Paul Van der Burgh said there are still misconceptions about what hybrid is – some people think it may be expensive to buy or run and requires plugging in. After more than a decade selling hybrids, Toyota’s dealers have moved from selling a technology to selling a benefit.

Ewan Shepherd, director of Lexus UK, where 95% of sales are hybrids, added: “If you test-drive a hybrid, you become convinced. With customers who come in worried about the technology, that goes away when they’ve experienced it for a couple of hours.”

Lexus currently has a programme of 24-hour test drives. “It builds trust with the retailer as well, if they’re given the opportunity to experience the car for longer, it builds a connection with the dealer,” said Shepherd.

Van der Burgh said the smooth operation of hybrids can make it difficult for the driver to understand when the car is under electric power, so Toyota sales executives are encouraged to show the customer the in-car app, which records it. Toyota’s research has shown Prius owners spent about 40% of their driving time under electric.

While AFVs are still a small proportion of all demand, and there’s uncertainty how long the Government will subsidise their adoption, they are set to become a feature of most dealers’ forecourts.