A future for regional motor retailers 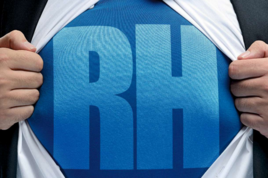 Industry consolidation has been seen as a threat for regional groups, but the raft of significant changes facing automotive retail will not diminish a place for the strongest players in the market.

The next five years will see big shifts in the distribution model for many original equipment manufacturers (OEMs) as many look to cut costs and shrink networks to the best performers, ramp up in electric vehicle (EV) volumes and put even greater emphasis on omni-channel retailing.

However, there was a consensus from the consultants AM spoke with, ICDP, ASE Global and UHY Hacker Young, that OEMs still very much want to work with regionals in the future.

Steve Young, ICDP managing director, says that, if anything, the balance of power may have shifted in the favour of regional groups, rather than the large nationals.

He tells AM: “Many of the mid-sized groups feature senior executives that have worked in larger groups and then set up their own lower down the AM100 and brought the lessons they learnt with them.

“The medium-sized groups still have enough capital and skills to invest and adjust to whatever happens in the market. We don’t see any regional-sized groups that we think are under particular threat of closure.”

Mike Jones, ASE Global chairman (pictured), agreed, saying there is still a place in the future for strong regional groups. He says: “OEMs will continue to be reticent to let any one group dominate representation. That won’t change.”

Jones says regional players are in a “really strong position”, because if they are well run, profitable and expansive, they can continue to make a success of the market.

Should changes come, they have many options open to them, including continuing to thrive, exiting new car sales entirely or selling up to the highest bidding national group.

Young says that despite COVID-19, many larger dealer groups have performed well, so are still in a position to buy any regional groups looking to exit.

Jones says: “Any business that is poorly run or poorly controlled will struggle in the future and that’s irrespective of size.

“That’s been the case for a long time though and the average quality of medium and large groups is very good.”

Discussions around switching from a franchised model to an agency style set-up have been ramping up in recent months. Agency dealers, effectively, become ‘agents’ who act on behalf of the OEM.

The dealership’s role will be to handle in-person interactions, test drives and vehicle handovers, with dealers taking a fixed commission for each vehicle. Marshall Motor Group’s CEO Daksh Gupta has already gone on record welcoming the switch to agency, but how will this affect the regional players in particular?

Young says: “I don’t see agency as a threat to regionals. I actually think typical owner-drivers may struggle more with an agency model.

“These businesses may feel as though they have the Midas touch, they can achieve a better margin than their competitors. But under the agency model, whatever is offered by the OEM per vehicle is set. So they might find it quite difficult because the entrepreneurial freedom they’re used to may be reduced.

"They may feel moving to agency may interfere with their approach to doing business.”

Jones says moving to an agency model is nothing to be scared of and is more vehicle parc size dependent, rather than dealer group size dependent.

“Having fixed prices and eliminating haggling will be of a benefit for everyone. Customers will still be willing to pay for great service.”

Young agrees that if dealers are no longer competing on price, this would truly level the playing field to one even more focused on customer service.

He says: “Large groups are used to being able to push volumes and sell new cars at a lower margin in order to hit big quarterly bonuses. That’s not something the regionals can do as easily or want to get involved in.

“Agency isn’t a lifeline for regionals as we’re not seeing any particular groups drowning and needing to switch, but it could make the market more of a level playing field.”

Kendrick (pictured) says the agency model will allow businesses to understand exactly what margin they have to play with for new cars “and remove those who just price at the bottom using carwow and similar platforms”.

Young says that while there has been a lot of talk about agency, he hasn’t seen much of any substance. There are currently only a few examples of agency models in operation in Europe, like Mercedes-Benz in Sweden or Kia in the Balkans.

Jones says that while the finer details of the agency model are unknown, he predicts there will still likely be contractual protections, like minimum two-year clauses for contracts.

Jones says: “Whatever happens with agency, OEMs need to make sure that whatever the contract it has in place, it makes it financially viable for the retailers.”

Young says there should also be more protections under an agency model for compensation due to termination. As a result of that, he thinks the agency model will actually see greater “stickiness” with less churn in the industry in the future.

“The agency model is still new enough that the legal backing behind it hasn’t been tested yet.”

Jones says there are two options for regional players to continue to thrive in the future market.

Either represent a larger portfolio of brands and become a regional champion, or focus on a smaller number of brands and “spread your wings” with geographical expansion. 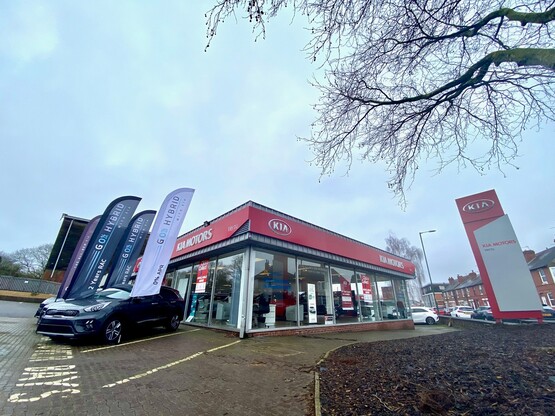 A larger portfolio offers greater visibility across a region, plus better advertising penetration to reach more customers for each marketing pound spent.

Kendrick agreed that scale will always be an important factor and those who can offer bulk purchases of vehicles to deliver OEM targets have an advantage.

He says: “However, COVID has somewhat reset that dial and with the talk of agency, there will be much discussion regarding how this may work.

“Big is not always necessarily beautiful.

“Regionals who have a small number of focused brand partners are able to make very good money and deliver results for the OEM without having to purchase in volume or commit to significant stretch targets.”

Having a brand mix does diversify risk and allow groups to “ride the cycle” as model ranges fall in and out of favour. However, Kendrick thinks there is a lot to be said for keeping focus and understanding a brand inside out.

He says: “Having a focused mix is the optimum strategy and de-risks the business a little – the brand is important to your business and you are also an important partner to the brand, hopefully, giving a good balance.”

Young says those that already have stronger representation and the geographical portfolio are likely to get the nod to take on larger market areas if future consolidation should take other retailers out of the picture.

He says: “The strong regionals have the capital to do some tidying up during these OEM rationalisation plans. However, the regionals have to be willing and able to play the same game as the larger groups.

“They need the same level of operating sophistication, the systems, best practices and processes.”