AM roundtable: ‘The media are pushing the environmental angle’ 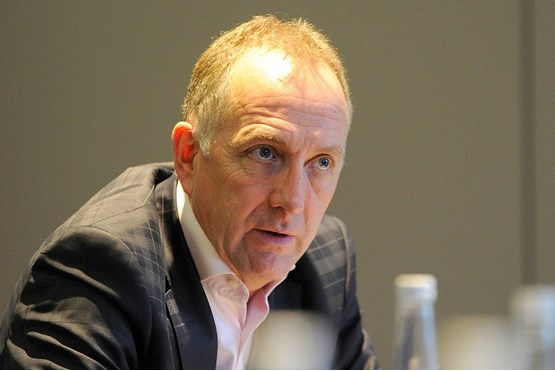 Stigmatisation of diesel and digitalisation of motor retail pose concerns for franchised dealers in 2018, according to delegates at AM’s latest round table.

Karen Hilton, the commercial director of Carwow, said consumer confidence “survived the early days of dieselgate and people bounced back quite quickly, but now there has been a second round because the media has got hold of it and are pushing the environmental angle”. Government discussions about air quality and the prospect of clean air zones are providing fuel for the media, delegates agreed.

“They didn’t come out with a clear statement, they didn’t say Euro 6 diesels after 2015 were fine. The sad thing is that there are people who still require a diesel because of the type of driving they do, but because they’re scared about what they’ve read some are going away with the wrong cars.”

Tony Fox, finance director with DM Keith, said in 30 years of business he has never seen a switch in consumer demand as fast as has just been experienced with diesels.

“In six months, we’ve gone from being stuck with diesels we couldn’t sell, which we’ve now got out of, to deciding that we would not hold new diesels to stock – they’re customer order only. Via the media, the Government seems wont to say this is the most deadly thing on the planet, and it massively impacted us in Q4 last year.”

Dougal Keith, managing director of DM Keith, said while previous models of Škoda generally sold most in diesel, only 20% of the new Karoq SUV purchases were expected to be diesel. He said he was concerned that people used to diesel’s driving dynamics and fuel economy may be disappointed and that CO2 levels may also rise, as DM Keith has had even high-mileage drivers asking to change.

Robin Luscombe, the founder of Luscombe Motors, suggested that residual values (RVs) of diesels may remain strong because there will be fewer available in the used car market in the years ahead, and there are customers in rural areas who need them. It was a point echoed by Charles Bell, dealer principal at Bells Crossgar, who said the new regulations for reporting fuel economy may show petrol to be a disappointment, and Will Blackshaw, who said he has seen no change in demand at his dealerships in North Northumberland.

Hilton said Carwow’s data shows that interest is growing fast in ‘normal’ cars with hybrid powertrains, rather than ‘wacky’ electric vehicles. Consumers see them as their next step, one that’s least risky, she said.

Some delegates challenged whether hybrids were the solution, as many operate mostly on the petrol engine due to their limited electric range.

“We’re 15 years in with electric cars and they have 3.5% of the market, and a good 50% of that is ‘political purchases’. If it was right, the market would explode. It’s not just range anxiety and ability to charge, because the only argument for electric is the emissions while the car is driving. It’s environmentally destructive to run electric cars because you have to generate the electricity to charge them. The environmental and economic argument is flawed. In 15 to 20 years’ time, the answer won’t be electric cars, it’ll be fuel cell technology.”

The delegates were concerned that widespread adoption of EVs would chip away at the franchised dealers’ business model, because they would not make enough from servicing. Nevertheless, the new technology is leading to warranty work, said Darren Bradford, general manager of Drayton Motors.

Pressure on profits from the decline in new car operations means dealers are looking for sources of profit growth, said Fox, who believes stock management, marketing and sales must improve.

“We have to get our people to understand better what return on capital employed means, and timing – the days of a 90-day car being acceptable are long gone,” he said.

He added that dealers don’t tend to look at their business from customers’ eyes, and they need to do so to evolve their used car operations. Online, consumers browse by affordability and features, but forecourts tend to be organised by range and sticker price. Hilton agreed that consumers are more brand-agnostic and look to independent online sources for guidance and choice.

Direct sales will lead to a reduction in the number of sales points, said Bell, but dealers will still be needed. Luscombe and Potts both suggested consumer habits will come full circle, with more consumers coming to get expert advice from local dealers who are truly focused on customer service.

“The biggest change the internet will bring to the motor trade is the way that the customer wants to be dealt with. Customers won’t put up with being put through a process,” said Luscombe.

He said people want to buy from people, but the customer experience has to be right.

Dealers spoke of  measures they have taken to improve the experience for online car buyers.

Keith said DM Keith’s trade car site operates a text reservation service. Customers can text the business, and receive a call back from the dealership to take a refundable £50 holding deposit for 24 hours until they come to view the car.

“It becomes a human interaction, that’s the point. Within minutes of sending the text they’re getting a call to book their appointment to see the car, as opposed to a Paypal transaction,” he said.

Bradford outlined how Drayton Motors has built a standalone website to promote add-on products to distance sales customers. The move followed a drop-off in finance and insurance, where the customer pays a deposit and the sales executives were not proposing F&I.

The website, which includes videos about the products on offer, including FCA compliance elements, has been built into the back-end of Drayton’s distance sales process. A sales manager cannot print an order form until the customer has clicked through a web link and confirmed that they have watched the videos and understands the products, said Bradford. It led to a 26% annual rise in F&I for distance sales.

Alicia Nugent, digital marketing manager, Day’s Motor Group, said when it started Facebook marketing it focused on a 40-mile radius of its businesses, but now it does it nationwide, and attracts enough extra enquiries to make it cost-effective. It uses a carousel of cars suited to the target profile, with the aim of bringing the customer to the website.