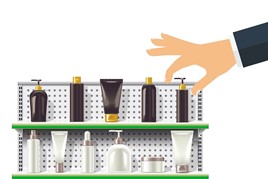 Nearly two thirds of premium franchises have increased their representation with the 10 largest dealer groups in the UK over the past four years, according to data from AM.

Statistics pulled from the AM100 database over the past four years show a trend towards premium franchises among the larger dealer groups, as they have the pockets deep enough to fund premium brands’ often multi-million pound corporate identity investments. In return, the dealer groups have the opportunity to unlock those brands’ prestige and profit potential.

The AM100 data, which is based on submitted entries from dealer groups across the UK, shows that Mercedes-Benz has the highest representation within the top 10 dealer groups, at 61.4%, an increase of 15.1 percentage points  since 2015.

Volvo, a brand that has introduced new SUV and crossover products in recent years and is leaning much more heavily into the premium market, has actually reduced its representation among the 10 biggest dealer groups by 1.9ppts, leaving 84.1% of its network outside the largest dealer groups in the UK.

But the general trend shows that premium brands are looking to increase their representation among groups with deeper pockets.

Piers Trenear-Thomas, TT Automotive managing director and consultant on the AM100 data, said: “If you haven’t got the financial clout to back up a brand’s corporate identity (CI) ambitions, you can expect to see change.”

It’s one of the reasons why brands such as Mercedes-Benz, Audi and Land Rover are all at 56% or higher in their representation among the top 10 of the AM100. These large dealer groups have the balance sheet to fund multi-million-pound property and dealership upgrade investments.

One of the biggest changes in AM’s data is Aston Martin reducing its franchisees in the top 10 AM100 by 25ppts  over the past four years. The brand itself is under financial pressure and it posted a £79 million half-year loss in August this year.

Trenear-Thomas said: “Aston Martin is focusing on smaller, specialist dealers and it’s clear that the franchise doesn’t think the big boys do a good job.”

Lexus has also significantly reduced its representation among the top 10 since 2015 – it is now down to 15.2%, compared with 26.7% four years ago. The top 10 dealer groups in the UK also divested of brands such as Toyota (down 4ppts), Fiat (down 3ppts) and Mazda (down 0.5ppts).

Of Toyota’s dealer network, 87% is now outside the top 10, Fiat has 88.4% outside, and Mazda has 93.2% outside the largest dealer groups, as the franchise seems to be focusing on local specialists.

The wider picture is not quite so dramatic, with average churn of 2.1% across all the brands AM analysed over the four-year period.

Trenear-Thomas said: “There hasn’t been a huge revolution over the past four years, but there has been a slight AM100 shift towards more premium brands, while the reductions with brands such as Fiat, Citroën, Peugeot and Renault are clear to see.”

Outside premium brands, Škoda has become popular with the top 10, increasing its representation in recent years by 16.3 ppts, to 22.2%.

Trenear-Thomas said that while Škoda used to be regarded as an entry point to the Volkswagen Group brand, dealers and drivers have known for some time that “it’s a VW with more kit for less money” and this has attracted larger groups to invest. Interestingly, while VW still has a higher representation than Škoda with the top 10, it has fallen 3.3ppts to 26.1%.

Trenear-Thomas said: “Many groups have divested of Fiat, but the specialists have stuck with it and that’s a picture that’s reflected across the data. If you’re a specialist with a franchise and you understand it, you’re going to stick with it.”

Steve Young, the managing director of the ICDP, said the churn of franchises is not limited to a specific sector, with premium, volume and value brands continuing to change hands.

The investment needs of the premium brands are higher, and this leads to more investors having to decide whether the returns will justify that investment – and, in some cases, deciding they do not.

Young said: “These investment requirements have also led to some investors who did not run the numbers properly or were just too optimistic on future growth, discovering that they have a loss-making asset, and trying to find another investor who will take it off their hands.

“In the value-oriented brands, the issues are generally less about property investment, but reflect the varying fortunes of the different brands.”

Young used the example of Vauxhall, which he described as a “capital-intensive franchise with weak pricing” before the . PSA takeover.

However, now the Vauxhall network is in the process of being reduced by up to a third  by 2020, Young said there is renewed interest in the franchise, along with new product in the pipeline.

AM’s data showed that the top 10 dealer groups have increased their representation with Vauxhall by 12% over the past four years.

Likewise, volume leader Ford has increased its representation with the largest dealer groups by 6.4ppts, to 36.3% in total.

Hyundai, Kia and Nissan have been the most popular Korean and Japanese brands with the top 10 over the past four years, with increases in representation for all of them (up 2.6ppts, 2ppts and 1.4ppts respectively).

Young said a number of factors drive churn in the industry.

On the franchise side, he said there is now less of a worry dealerships will go bust compared with 10 years ago, because dealers are generally in a stronger position overall. He said this is also combined with a lot more data about the performance of the individual dealerships in their network, with associated league tables.

These dealers will be evaluating whether it makes sense to switch to a different franchise, or even a dedicated used car site to offer a better return than sticking with the brand they currently represent.

Young said: “They are always looking at the underperforming dealers and considering whether a new investor or new location might help fix the problem.”

He said some manufacturers are indirectly driving churn by asking for new investment that they know some investors either cannot or will not make. This may then prompt a dealer group to look at leaving the franchise, and the manufacturer partnering with a new investor with more funds or a more optimistic view on investment returns to take over.

Young said: “Retailers all generally have a view that within their portfolio of brands and dealerships, they want to have ‘a seat at the table’ for each brand they represent – say six to 10 dealerships for a large group.

“Where this is not the case, they will be looking either to add more points for that franchise, or change the franchise on the affected sites or sell the dealerships to another investor.”

Young said it is also more efficient for manufacturers to have scale with some groups as they can approach a few people and get commitments on large volumes quickly.

He said: “The greater proportion you represent of a manufacturer’s volume, the more you’ll be expected to help when they need more volume, but because you’re important, the franchise has limited opportunity in the short term to apply any sanctions if you play hard ball.

“However, that is the root of soured relationships, which we have seen in a number of cases – in the end you need balance in the relationship.”

Sytner, the largest group in the AM100 by turnover, has added 14 dealerships over the past four years and disposed of eight, according to AM100 data. The biggest increase has been with Volkswagen and its group brands, while it exited from Japanese franchises including Lexus, Honda and Suzuki.

Lookers has also focused on premium since 2015, with additions from Audi (up five to 13 sites), BMW (three), Mini (three) and Mercedes-Benz (up eight to 14 locations). By contrast, it has exited from Fiat and Alfa Romeo and reduced its representation of Peugeot, Citroën and Honda.

Lookers confirmed in its recent half-year results that is has also closed Seat and Mazda sites in Middlesbrough and Kia in Sunderland, which it added as part of last year’s acquisition of Jennings Motor Group.

McMinn and chief executive Andy Bruce took inspiration from the US model of focusing on large market areas and looking to maximise profit with the largest throughput possible.

This has meant disposing of what McMinn describes as second- or third-tier market-share brands and locations that were draining management time, and concentrating effort on large market areas.

The emphasis is not solely on increasing representation with premium brands, but McMinn said: “If you’re putting a lot of volume through a site in a major location and it’s a premium brand, you’re looking at double the potential profit per unit in comparison to some other brands.

“This helps to explain the steer towards more premium brands for the group.”

Pendragon has reduced in size by 32 sites over the past four years and added eight. It has lost six Aston Martin sites, taking it down to three.

According to AM’s data, Arnold Clark has added 41 locations over the past four years and disposed of eight. The business has grown gradually with partners such as Citroën, Honda, Kia and Mitsubishi. The focus on mainstream and volume brands is clear.

While it does have premium brand representation with BMW and Mini (four each) and Mercedes, it has not grown with the brands over the past four years.

Arnold Clark did reduce its Jeep representation by three sites, Fiat by two, and Renault/Dacia and Ford by one each.

Vertu is another group that has exited the Fiat and Alfa franchise and rebalanced its franchise representation by adding premium brands – five Mercedes-Benz sites and one Audi. It has also added Honda and Škoda locations.

Inchcape has been pretty steady over the period, adding three sites and disposing of four, including Audi, Jaguar and Toyota. The data from AM hasn’t tracked the latest movements from Inchcape in recent months, in which it disposed of five VW car and van franchises to Group 1 and two Audi sites to Motorline. This is in addition to the Audi Canterbury site it sold to Motorline in June last year.

Marshall’s activity has also boosted its prestige balance, with four Mercedes sites, and it must surely have a seat at the table with VW Group, with an increase of six Audi sites, 10 Škoda and four VW.

The group exited Citroën and Toyota.

Jardine added nine sites and shed 12 over the past four years. The biggest additions have come from three Audi and three Land Rover, but the premium focus in the top 10 continues via expansions with BMW and Mini. Its biggest reduction has been with Toyota, losing seven sites over the period.

Group 1 has been on the acquisition trail and that’s reflected in its data, with no sites disposed of over the period. The biggest growth partner has been Mercedes-Benz, which is in the process of rolling out its new MAR2020
corporate identity.