Responding quickly to leads is more likely to succeed 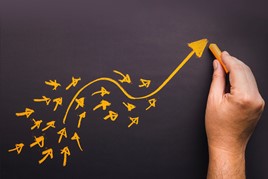 Lead generation, follow-up, tracking and measurement is a crucial part of the sales channel for retailers. Sophisticated technology and specific lead management systems mean the process has become essentially scientific, enabling retailers to maximise every lead. Here, some automotive lead management companies provide their latest updates and look back over the past 12-18 months.

Dealerweb has had one of the busiest years in its history, with investments made in a new HQ and a significant expansion of its software development and customer service teams.

Dealerweb also has a continual programme of new feature development and third-party integrations, having recently added CDK to its list of integration partners, which includes the likes of Codeweavers, ITC, GForces, and Cap HPI.

Dealerweb addressed the issues raised by GDPR (the General Data Protection Regulation) early by reviewing its processes to ensure users had a robust and easy way to manage data in a fully compliant way.

Launched at the beginning of last year, Dealerweb React, the company’s new enquiry response system, is multi-platform and captures leads from almost any digital source. It notifies sales staff and enables an immediate response with a personalised message via desktop and app, which is both iOS- and Android-compatible.

The company’s research has previously indicated that 49% of buyers are more likely to complete a vehicle purchase if they receive a response to an online enquiry within one hour, while 25% of buyers said they expected a dealer to respond in less than 30 minutes.

Martin Hill, Dealerweb’s chief executive, said: “Dealerweb React is still relatively new to the market, but is already delivering incredible results. Dealers increasingly see a link between fast enquiry response times and sales conversions. We are excited that our customers are seeing tangible benefits following their adoption of the system.”

As part of its growth plan, the company opened its first regional office in Leeds to support sales and customer service functions across the north and Midlands, while the senior team was bolstered with Lee Coomber joining as business development director and Heather Upchurch as chief technology officer.

Since 2005, TrackBack has increased the conversion rates of more than 10 million leads, in 23 countries, for most of the world’s car manufacturers. In 2017, they were honoured with two Queen’s Awards for innovation and international trade.

To tackle the issue of dealers not considering manufacturer leads to be as likely to convert as local leads, TrackBack developed its system to monitor dealer follow-up of manufacturer-supplied leads without changing existing dealer systems and processes. By automatically swapping customer details with trackable phone numbers and email addresses, lead follow-up could be monitored for speed and quality.

In the past 12 months, TrackBack has won contracts to supply services to five UK brands plus manufacturers in Spain and Italy. The company also launched its new TrackBack Alerts solution, which speeds up the connection between salespeople and leads, while its reporting platform has also been enhanced.

Meanwhile, its team has grown in the past 12 months as a result of its new contracts and increased business, with seven people recruited to fill  roles including customer success manager, analysts and customer support team members.

TrackBack’s results show 98% of leads are followed up (80% of them within an hour), compared with mystery shops that frequently show 50% or 60% of leads not being followed up, and, of those that are, many are typically several days later.

Rapid RTC Lead Manager guarantees a 100% response rate and an average response time of 30 minutes for online enquiries. It also offers third-party integration – in Vantage’s case, this is with EnquiryMax, the group’s CRM provider.

Škoda UK has enhanced the scope of Rapid RTC Lead Manager functionality available to its nationwide dealer network. The manufacturer is one of the first of Rapid RTC’s partners to implement its new Quality Coach programme, which allows retailers to track and improve the quality of customer interactions in the Rapid RTC dashboard.

Having utilised the system since 2017, the partnership was also recognised at the recent Škoda Importer of the Year Awards as an example of innovation and excellence.

Matthew Cheyne, director of key accounts for Rapid RTC in the UK, said: “Alongside responsive-ness, Škoda has also recognised the importance of providing a high-quality response, as well as giving retail managers the ability to coach and support their sales teams at the front line of online engagement.

“The Quality Coach programme will allow retailers to provide customers and prospects with a streamlined and effective online retail experience. We know that speed counts, but quality matters.”

Having grown by more than 100% in the past 18 months, the newest members of its UK team have added almost 40 years’ combined automotive experience. The additions include Pam Cameron and Nicola Pearce as key account sales managers. The appointments follow Rapid RTC’s recent contracts with Škoda, John Clark, Vantage Group and Hendy.

Infinity’s call platform, known as The Hub, creates a holistic view of lead generation, from marketing spend through to the eventual sale. Recording all information and each stage of the buying journey, the marketing team can identify which marketing campaigns not only generate the most traffic, but which result in the most sales.

Chris Sedlmayr, product director, estimates that most dealers listen to 20% of randomly selected calls. He said the Infinity system monitors 100%.

One of its most recent campaigns was delivered in partnership with media and marketing company Mindshare, providing the call platform for Mazda’s network. It resulted in a 105% increase in traffic to dealer websites, web leads rose 420% and telephone leads increased by 250%, while also reducing marketing costs, he said.

Operating an open API (application programming interface) means Infinity now has about 40 integration agreements in place with other automotive software service providers. Future developments include conversation analytics, as well as understanding the typical customer journey and how to bring more of those visitors into that journey.