The R&D of refranchising 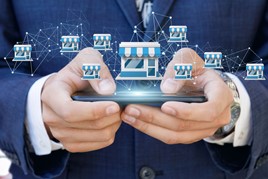 Retailers considering a move to a new franchise need to do their homework. AM asked for expert advice to identify the areas motor retailers should research to help determine the value of a franchise move.

A constant supply of new generation vehicles and refreshes is intrinsically linked to sales volumes and dealers need to have sight and faith in future products.

Graeme Potts, the chief executive of Eden Motor Group, has expanded with several franchises – including Hyundai, Mazda, Peugeot, Fiat, Suzuki and MG – after starting out as a Vauxhall joint-venture in 2008. It now has 20 dealerships.

Potts said he constantly tracks the market share developments of brands in the UK and always has a shortlist that may fit.

He said any retail-centric dealer group looking at a new franchise will ask: Is it consumer-focused? Does it have recent model launches in key segments and does the franchise see value in partnering with dealer groups as a long-term strategy?

Eden recently added MG to one of the two showrooms at its large Swindon Vauxhall location and a second MG franchise in Newton Abbot, which is currently one of its three standalone used car centres.

It added Suzuki to its Stratford-upon-Avon site. It has also expanded from one to four Hyundai sites within two years.

Potts has a particular eye on brands that are gestating or that may be in transition from niche to mainstream.

Eden first partnered with Hyundai in 2012 after watching what happened following the brand’s exposure to thousands of new customers during the scrappage scheme incentive in 2009.

He said: “It’s why you see brands like Kia or Suzuki doing very well. They have a commercially minded leadership team, they offer a broad range and return good profits.”

Potts said prospective franchises are generally quite open about their plans regarding product line-up. This includes visibility for the next five years of product at the very least. He said the frequency of product launches is an important factor in how long it will be before a new franchise will make a return.

Kendrick said: “You only have to look at Fiat. The 500 was successful, but you can’t make a franchise out of one model.

“The things we are seeing partners looking for on the product side are having that visibility on electric and battery technology and a strong SUV and crossover line-up.”

UHY Hacker Young does a lot of work with dealers on investigating the potential of a market area. Manufacturers will give prospective dealers information from their own research into the market share expectations of a particular area.

*Kendrick said: “It’s something we advise all dealer groups to look at very closely before putting a budget together, because if the market opportunity isn’t there versus the overhead, you won’t be able to make
it viable.”

Peter Cottle, the head of automotive at consultancy and services business GrowCap, said dealers have to look at how the brand fits with the geographic location and whether there is enough to sustain the business compared with the previous franchise.

Cottle said dealers will also find out how close competing dealers are and what their reputations are like locally.

He said a location will generally work if the dealer has already had success with a volume franchise and is looking to replace with another volume brand.

“However, the dynamics can be very different when you’re moving customer demographics from value to volume, or volume to premium,” said Cottle.

“The demands on the business are going to be very different.”

Potts said he ensures the group knows a lot about its current geographic locations.

As one dealer recently told AM: “As soon as you start making any money, manufacturers will find a way to spend it.”

Karl Davis, the managing director of Coachworks Consulting, said: “We’ve seen many dealers burnt over the years by the CI expectations of their OEM partners.

“Before rushing in to take over a vacant site, it’s worth factoring in the costs of any structural changes required to remove any associations with the previous franchise.”

For brands looking to establish market share in the UK, such as MG or Suzuki, Potts said there is a more collaborative approach.

Whether a dealer group has the funds available to fuel the brand’s ambitions will play a major factor in winning the franchise.

Potts said: “If it’s a smaller brand, but the corporate identity (CI) is cost-prohibitive, it’s going to impact the speed with which you’re going to be able to make a return.”

For manufacturers with open points, their regional teams will be speaking with dealer groups all the time and trying to get time with the chief executives. However, there may be other brands that are unlikely to have open points, such as Ford, where dealer groups will have to pitch to them.

Kendrick said: “For any dealer group that has an open mind about expanding in the future and adding new franchises, they should make contact with the brands and put a presentation together, even if they’re not ready as this stage.

“If you can demonstrate how you do business and what your performance is like, when there comes an opportunity, you’re more likely to get that franchise if there’s prior contact and a relationship.”

Kendrick said: “There’s mutual courting going on all the time. Depending on how far along you are with those exploratory talks, a dealer group boss may get invited out to see far future product plans at the factory.

“Those are good trips to get on to because not only do you get an idea of future product, but you can speak to all the current
franchisees there too about the experiences they have had.”

Davis recommends always working with an independent third party to carry out due diligence on a franchise opportunity.

He said he often sees retailers sign contracts too readily and described it as “getting into a marriage after a one-night stand”.

“They subsequently discover they did not fully understand the expectations of the franchise and might be required to make high levels of investment in facilities which may not suit their aspirations,” he said.

“Due diligence carried out by a motor trade specialist should ensure that a dealer’s balance sheet has been checked sufficiently to know whether the business has enough wind in its sails to achieve the OEM’s expectations.”

Potts said while he does consult lawyers and accountants, the decision will ultimately always rest with the dealer group’s senior management team.

It rates franchises on everything from profitability, to the quality of its finance offers and its approach to marketing.

Kendrick said the DAS acts as a reference point for retailers.

He said: “There are no surprises that those franchises that are making a profit usually sit at the top of the listings.”

He said there is detail to be studied around how collaborative the
management teams are and the approach to investment requirements, too. But he said: “If the brand is making money, the attitude is usually pretty positive.”

Potts said the DAS can help prompt particular areas to investigate when in initial meetings and discussions with a manufacturer.

He said: “Manufacturers are usually quite keen to tell you what they are doing to improve their DAS ranking too.”