‘Carmakers are not going to thrive unless dealers thrive’ 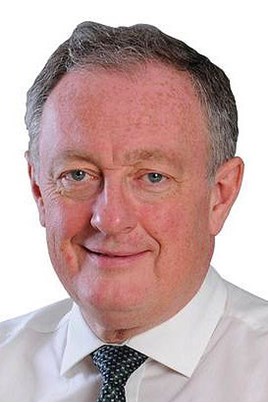 Car dealers must maintain perspective about their vital role in the automotive sector as they face threats from online sales and “disruptors”, according to Domino’s Pizza Group boss David Wild.

Formerly the chief executive of  Tesco and Halfords, Wild moved into the franchised retail space when the fast-growing fast food chain named him as its chief executive in April 2014. He has quickly established an appreciation of his retail partners and the need to treat them well.

Speaking to guests at the AM Executive Breakfast Club at The Savoy Hotel, London, Wild related the key lessons he has learned in retail and how he understands that Dominos’ quest for fast food domination relies on the profitability and commitment of his UK franchisees.

Seeking to reassure car retailers experiencing a barrage of potential threats to their business model, Wild said: “Without you, the brand owners don’t have a route to market. Unless you’re thriving, they’re not going to thrive either.”

Domino’s Pizza Group is a US franchise owned by Dominos Inc. which appoints master franchisees for the UK and Ireland.

Wild acknowledged that he initially saw the prospect of appointing master franchisees to deliver the Domino’s product as “quite an unsettling position”, made more complicated by the fact that the business is a FTSE-listed company that made about £86 million profit in 2016.

He said: “One of the first things Dominos said to me is ‘Are your franchises making a profit?’. This shocked me, having not worked in a franchise before.

“If our franchises aren’t making money, they are not going to invest in the brand like they should.

“Profitability is a really important factor for us because we want to be the number one pizza brand, not just globally, but in every neighbourhood. We want stores to be opened everywhere. For people to do that, we need to make them profitable.

“Last year, we added 81 new stores from just 40 a year and we are currently opening two new stores a week. The tool that liberates that pace of growth is profitability.”

Domino’s Pizza Group makes its money from the production and sale of ingredients to its franchisees, who are not allowed to set up a business with a rival fast food brand – in contrast to the motor retail model.

Wild said the Domino’s model dictated that there was no large-group domination, with franchisees required to have a hands-on approach to each site’s operation.

Over the past 10 years, the business has overseen the opening of 500 UK stores, taking its total presence to a thousand as sales rose from £300m to £1 billion and profits multiplied by a factor of five, Wild revealed.

While his faith in the franchised model is strong, Wild is all too aware of the potential impact of “disruptors” and said he has had to develop a “purview” to identify and embrace new technology innovations.

Wild said consumers are now “channel-agnostic” and highlighted Domino’s engagement with its sector’s disruptors. He said: “Just Eat – 27,000 restaurants have signed up to that. Deliveroo – you see them in action all over London. We have been on the front foot. We said if they have a good idea we’ll happily steal it, so we are all over their websites. We are driven by ease of use. We have to make the customer feel in control.”