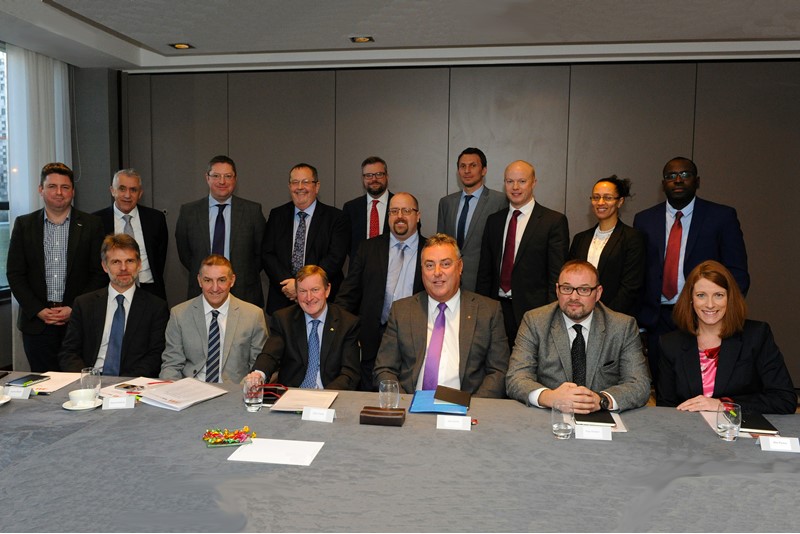 Electric vehicles (EVs) proved to be a hotter topic than even Brexit as retailers questioned their profitability and the viability of preparing staff and premises for the approaching growth in their adoption during a roundtable discussion held before this year’s AM Awards.

From a potential decline in aftersales revenues, to the changing staff skillset and even the potential of growing business sales as a result of the changes to BIK tax levels for alternative fuel vehicles (AFVs), all were debated by the group that assembled at Birmingham’s Hyatt Hotel early in February.

Dee Pierce, former Saab, BMW and Tesla executive, sparked the conversation about the impact of EVs on the aftermarket.

“When we were hiring staff for Tesla, we would say that an internal combustion engine has 350 moving parts, but a Tesla has just 17,” she said.

“The whole industry is going through this seismic shift and it is forcing everyone to take a back seat and say ‘how do we survive?’”

John Clark, the chairman of John Clark Motor Group, said: “We still have an existing vehicle parc and we can’t just walk away from that. We sell 28,500 cars a year and we have to look after that customer base with core mechanical skills.”

Karl White, managing director, Thame Cars, said the average age of vehicles brought to his company for an MOT was eight years.

“At that rate, we’ll still need to deliver those skills for at least the next 10 years,” he said.

Clark acknowledged that technicians are already being trained in a different way to prepare them for greater exposure to AFVs.

“We have Volvo, JLR and BMW and I was horrified by some of the skills our guys need to have,” he said.

“To change a battery, you have to have two guys and one guy stood there with a rope tied round his waist ready to pull him away in case the connection is wrong. The other guy has a long pole to push the guy away.”

White said his technicians were starting to ask for specific EV training, and suggested that Bosch run a course that could be accessed by independent retailers.

Gordon Veale, general manager of Carbase, was in no doubt of the need to keep staff abreast of AFV technologies: “It’s small numbers at the moment, but there is going to be huge changes for independents like ourselves.”

Clark acknowledged that he was sceptical about the immediate appeal of pure EVs, but said the market would naturally evolve.

He said: “When I got a job with Ford Motor Company, cars were serviced every 500 miles. After 20,000 miles they had to be de-coked. It’s all changed in that time and it will change again.”

AFVs for the masses

The change may prove less viable for some manufacturers than others.

Guy Foster, the managing director of Newmans Suzuki, said the brand’s core business lies in affordable, petrol-powered vehicles. He said adding an estimated £9,000 to the list price of a vehicle to introduce a plug-in hybrid drivetrain would make it unappealing.

Aston Martin’s soon-to-be re-launched Lagonda brand is intended to rival Rolls-Royce’s luxury, with three EV models that will be built at its new production facility at St Athan, Wales.

The first new Lagonda EV, also an SUV, was unveiled at the Geneva Motor Show.

While most retailers around the table agreed that the charging infrastructure in place for EVs was currently inadequate, Foster said Government legislation would have the biggest impact on growth.

He said business users could generate a surge in demand for pure EVs with a range of more than 250 miles when the Government’s benefit-in-kind (BIK) tax rates fall from 16% to 2% in 2020/21.

Although EVs were the hot topic at the round table, retailers were also invited to express their outlook on use of data in aftersales, and an increasingly competitive used car market in 2019.

White said: “We operate in a layer of the nearly new market and supply and demand is very much up and down dependent on the strength of the new car market. We anticipate that we’re going to have to work doubly hard to get hold of stock in 2019 and only see that challenge becoming more difficult during H2.”

Alex Jones, head of marketing and digital, Carbase, said: “With the data that we all use now, we’re all out there trying to buy the same stock.

“Targeting cars that fit the condition grade and desirability that the data says will yield the biggest profit does make it very difficult to buy volume.”

White said the challenge of maintaining margins in a market where online competition and the choice and standard of vehicles offered was so high meant increased volume had become the key driver.

“The pressure is on to tell your story very well now,” said White. “You have to be confident of the quality you’re offering to customers and make sure they know about it if you’re going to maintain your prices and your margin in the current climate.”

Clark said he felt the car retail sector had been gripped by a rush to sell as many cars as possible before Brexit (which at the time of the discussion was due on March 29).

He said his business had increased its used car sales by 14% in January – with more than 250 vehicles a week still being sold at auction – in “latent demand” caused by the stalling of stock supply due to last September’s introduction of the Worldwide harmonised Light vehicle Test Procedure (WLTP).

“What happens after March 29? I just haven’t got a clue,” he added.

Ousman Njie, director of Coventry-based independent used car retail operation Motonet.com, said his business was already feeling the effects, with its vehicle preparation “really suffering” due to the decision of a Polish employee to return home ahead of the official exit date.

Ade Smith, managing director, Porsche Retail Group, said one of his centre managers had returned to New Zealand in light of the political and economic climate in the UK.

He said about 40% of the 20-strong technician workforce in a Porsche Centre was made up of “highly skilled Eastern Europeans”, adding: “As inflation hits and we’re looking for UK-based individuals to replace those people, you could look at a 20% uplift in wages to pay them.”