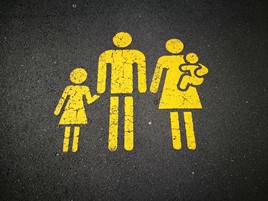 Car dealer groups are at risk of losing talented female staff who take time out to have children and then choose to resume their careers in other sectors.

Research by recruitment firm Robert Walters of 4,500 female professionals has found that more than half of women feel at a disadvantage when they return to work from a career break, and 58% make the decision to move into an industry they perceive as more family-friendly at this point.

A quarter of working mothers did not return to the same employer after their maternity leave because they felt the company’s practices and culture did not now suit their needs.

Respondents mostly sought the option to work from home or more flexibly, but only 39% of employers enabled it, and fewer than one-in-10 employers offered mentoring to women returning to help them get up to speed.

Employment law requires companies to consider “in a reasonable manner” any worker’s statutory application for flexible working, but they are not compelled to agree to it, and can decline if they have “a good business reason for doing so”.

Robert Walters revealed that 43% of mothers would like the opportunity to job-share, but only 12% of employers made this available.

Other perks that appealed to returning mothers were personalised development plans, the ability to buy annual leave and flexi-hours.

Lucy Bisset, director of Robert Walters North West, said: “The UK has reached a record high in the number of working mums – with 75% of mothers in work, largely driven by the number of women taking on full-time roles.

“It would be a big loss to undo this trend simply because we aren’t listening to the needs of working parents. While part-time work is popular for mums, what this report highlights is that we could, in fact, encourage more women back into full-time work after a career break if we listen to their needs.”

The company highlighted the experience women often gained during a career break, making them attractive to potential new employers. These include further education, volunteering for charity, starting a business and freelancing.

Separately, YouGov published research on International Women’s Day which showed only 41% of women with children under the age of 18 felt they could progress in their careers while still spending time with their family, compared with 51% of men.

Almost 44% of both the female and male respondents said they wished they could spend a little more time focusing on their family.

YouGov found 38% of women in the UK still feel that parenthood has negatively affected their careers. Only 14% of men felt similarly. Some 20% of mothers and 12% of fathers perceived they had experienced “outright discrimination” from their employer or colleagues because they are a parent.

Of those who said parenthood had been a career negative, having to work reduced hours was the most common reason for their perceived lack of progression (60% of mothers and 51% of fathers).

Having to decline job offers was also identified a barrier to their career aspirations, as stated by 55% of men and 52% of women.

Workers’ productivity was also suffering as a result of parenthood. Fathers who worked full time were more likely than mothers to say that demands at home have reduced their work performance (57% compared with 32%). 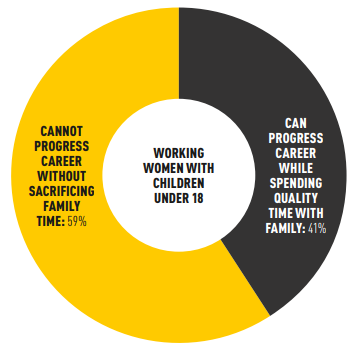