The used car market has been enjoying stellar growth over the past two years as demand has outstripped supply; there has been a lack of new vehicle availability and more buyers are willing to pay a premium.

At the time of writing, used car values had climbed for the 98th consecutive week, with sales hitting their fastest rate in five months, according to Auto Trader. Dealership profits have soared.

However, there is common agreement that these price increases can’t be sustained in the long run and will decline eventually as the cost of living and energy crises take hold.

Holding prices in a falling market or being slow to respond will adversely affect sales and, ultimately, be more difficult to recover from.

“They should buy a better mix of cars which turn more quickly. The speed at which those cars arrive on site, are prepared and marketed is vital.

“Barriers to swift activity in all these areas will need to be reviewed. Also, when and how often to take pricing action, all activities need to accelerate. Speed to dispose of non-retail stock also can be painful in a falling market.”

As values start to drop, motor industry expert Mike Jones says dealers need to get ahead of the curve and monitor their stock profile and demand to ensure they have a supply of used vehicles their customers want, particularly in terms of fuel type, given the rise of electric vehicles (EVs).

Speed of stock turn will also become key, he says. 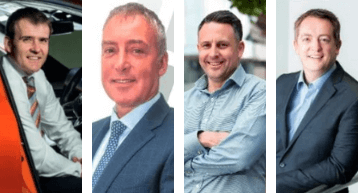 “Dealers need to take a step back and look at the bigger picture of what’s happening in the market in order to make sure they can continue to service their customers,” says Jones.

“At some point, used cars will resume their normal depreciation, so they need to continue to regularly monitor supply and demand, particularly as the cost of living and interest rates have an effect.”

If necessary, they must also be prepared to take a lower margin to move a vehicle on, he adds.

“Holding on to stock for longer than necessary is never a wise strategy,” says Nothard.

“In the past 12 months, dealers have proven they can move vehicles quickly and hold margin, but they need to continue keeping a close eye on prices as the market unfolds.”

Dealers have certainly learned from their mistakes in the 2008 economic crash when many were caught out.

Some were having to write down expensive stock such as Range Rovers and BMW X5s by as much as £3,000 to £4,000 per month because they couldn’t find the buyers.

“There has been a dramatic shift in terms of the quality of metrics since then,” says Gravells owner and managing director Jonathan Gravell.

“Dealers are much better informed now and know exactly the right vehicles to stock and what the market pricing is, rather than going on gut feelings.”

Dealers are also more financially secure than before. However, they still need to be ready to adapt when the market changes.

“There’s no going back to the pre-pandemic days; the market’s going to change fundamentally moving forward,” says Nothard.

“We have just come out of a period of uncertainty and major headwinds and are entering another one in which dealers need to keep a close eye on costs and resources in order to maximise their used car potential.”